The 18-1 shot, owned by Middleham Park Racing, collared Queens Brook up the hill to win a dramatic renewal of the Grade One contest over two and a half miles.

There was all to play for when Indefatigable fell at the second-last flight, bringing down Telmesomethinggirl, for the Honeysuckle connections of owner Kenny Alexander, trainer Henry de Bromhead and jockey Rachael Blackmore. 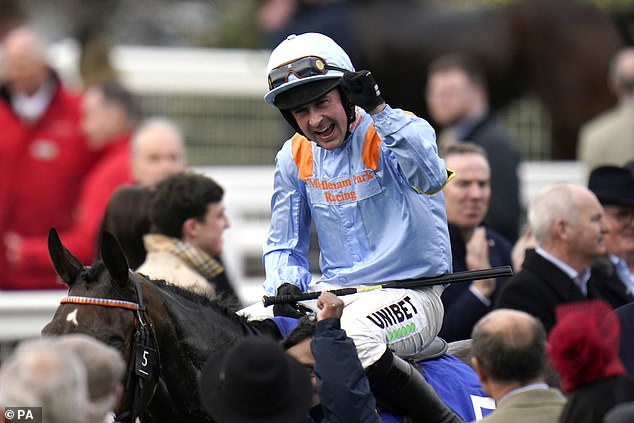 Queens Brook was left in the lead but she was soon hard pressed by Marie’s Rock, who proved the stronger to get the verdict by a length and three-quarters. Mrs Milner was the same distance away despite being hampered by the melee at the penultimate hurdle.

The victory was the second leg of a brace for Henderson and De Boinville after Constitution Hill in the Supreme Novices’ Hurdle.

Sent off the 9-4 joint-favourite for the Festival opener, De Boinville’s mount simply glided up the famous hill to account for stablemate Jonbon, with Willie Mullins’ Kilcruit well-beaten third.

There was little between the duo going to two out – but Constitution Hill (9-4 joint-favourite) was going the better and soon took the lead. 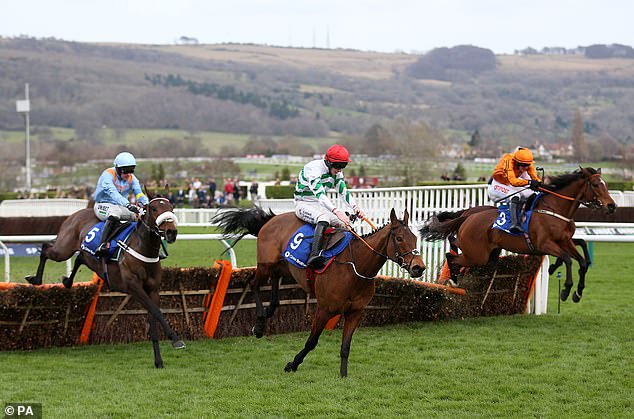