French import Gaelic Warrior looked like justifying his short price of 13-8 favourite on his debut for Willie Mullins, but he was collared close home by the former Aidan O’Brien-trained Brazil.

Both horses were up with the pace from the outset with Gaelic Warrior making virtually all until Brazil (10-1) got the upper hand close home in the hands of Mark Walsh. 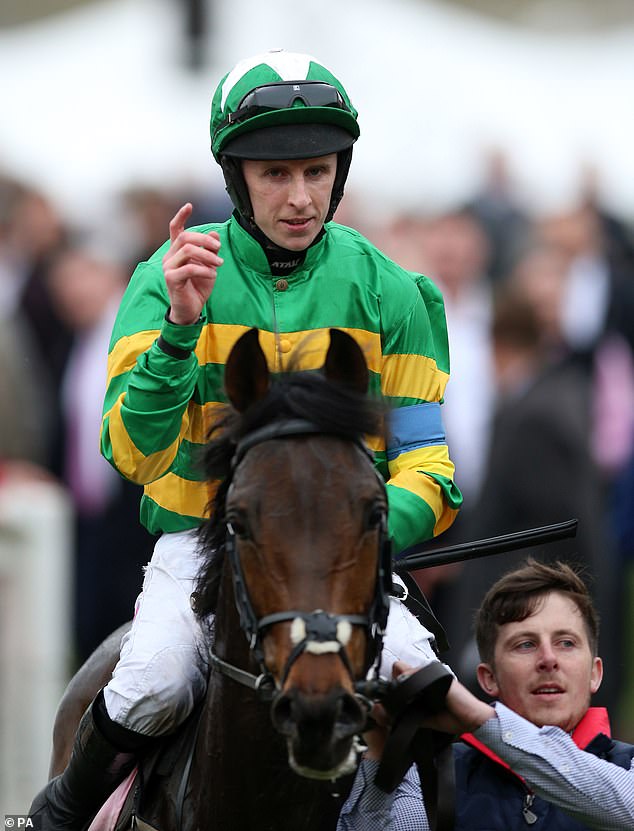 ‘It’s fantastic, we’re lucky to have a horse like him. It’s great,’ said Roche, who took over the licence from his father, Christy.

‘He’s a full-brother to Capri so we knew he’d definitely stay, Mark was brilliant on him so I’m just delighted. JP and Noreen (McManus) have been very good to me.

‘It’s unbelievable, I’ve been coming here since I was young, when dad was training. It’s just unbelievable that it’s worked out. 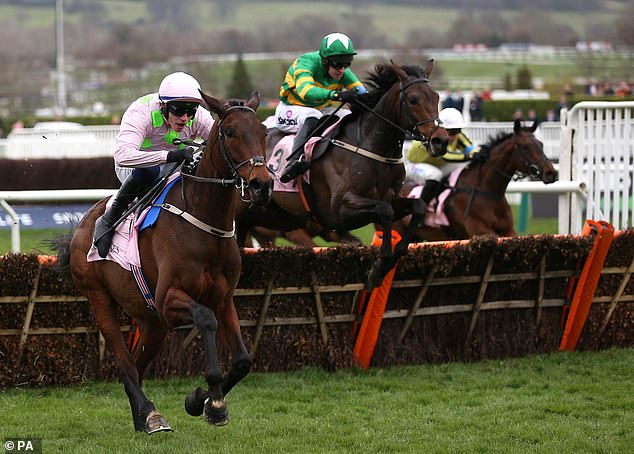 Of Gaelic Warrior, who was a huge ante-post plunge, Joe Chambers, racing manager to owner Rich Ricci said: ‘He jumped a bit right and put down at the third-last. Then he went right at the last. He’s going to jump fences fairly shortly.

‘Look it was worth a punt and it gave everyone a kick. There’s plenty of time, he’s not even eight years old