Willie Mullins had concerns about the heavy ground ahead of the Weatherbys Champion Bumper, yet he need not have worried, as Facile Vega quickened up smartly to take the concluding race on the second day of the Cheltenham Festival.

The son of Walk In The Park, out of six-time Festival winner Quevaga is bred to be a champion, and while it is early days in his career, he has passed every test thus far.

Facile Vega (13-8 favourite) was ridden patiently by Patrick Mullins, who tracked Jamie Codd aboard American Mike and gained the inside berth running down the hill, as long-time leader, the free-going Houlanbatordechais, faded. 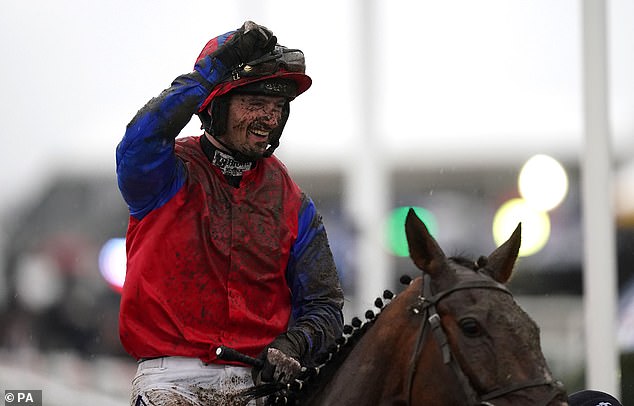 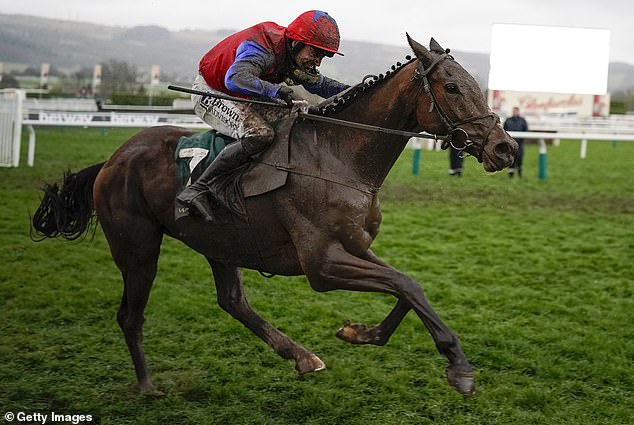 Mullins quickly asserted turning in and soon had his rivals in trouble, powering clear to score by three and three-quarter lengths from the Gordon Elliott-trained American Mike, with James’s Gate filling third for the Closutton handler, who was recording a treble on the day following earlier victories of Sir Gerhard and Energumene.

The race had been delayed after the rain that hit the track from late morning and never stopped left standing water on certain areas of the track where hurdles were removed.

Ground staff teams sectioned off the areas where the rain water pooled and jockeys were shown a map of the course to aid them in avoiding the most testing points.

🗣 “The jockeys are being shown a map where they will have to go.”

Pools of water have built up where the hurdles were taken out at @CheltenhamRaces. This has therefore affected the actual route the runners can take in the Champion Bumper.

Will keep you updated as it happens pic.twitter.com/4eCXLTMMhj

None of that ultimately mattered to Facile Vega, who gave his trainer a record-extending 12th victory.

‘We were really worried about conditions here today, but he relished it. It was a tough decision by the stewards to do what they did and it was great that they did it quickly and they got the race run.

‘That’s what I see every day, this horse just travels when we do work – now you’re seeing what I see.

‘He’s a real sort. Gordon thinks a huge amount of American Mike and he just ranged up beside him and went forward when he wanted to.’