By Jacob Ranson For Mailonline and Pa

Rachael Blackmore suffered her second fall of the week as Journey with Me went down at the final hurdle at Cheltenham Festival on Wednesday.

The horse which led for almost the entire race looked in a good place to challenge for the Ballymore Novices’ Hurdle. 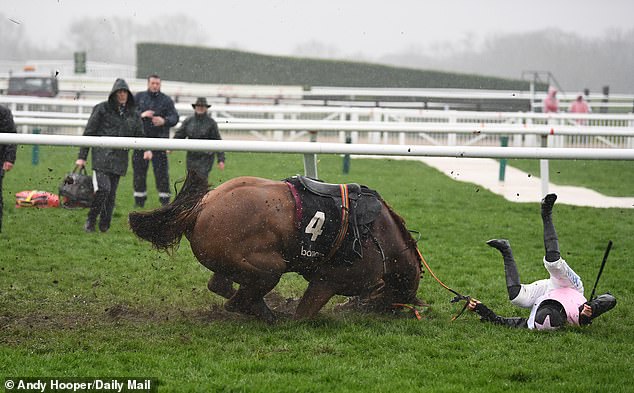 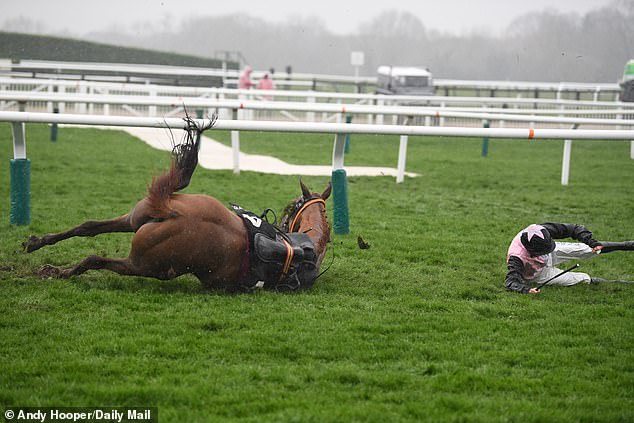 Blackmore and Journey With Me attempted to cling onto second from Three Stripe Life but then ended up falling at the final flight.

It looked like a very awkward and dangerous fall for both the horse and jockey, but it has since been revealed that they’re both ok.

PA journalist Jack Dawling tweeted: ‘Journey With Me is up and met with the biggest roar of the week.’

However, Blackmore and Journey with Me attempted to finish second but fell at the final hurdle

Journey With Me is up and met with the biggest roar of the week.

Winning jockey Paul Townend said: ‘He (Sir Gerhard) showed his class, as keen as he was, to stay going. I was afraid going around that we were in the wrong race, but he showed his true ability to stay going.

‘He jumped the best he has ever jumped on the course. His jumping the last day wasn’t great, but he jumped well there.’

Trainer Willie Mullins added: ‘I’m absolutely delighted with that. He did everything we thought he might do.

‘He was a little bit more free than I thought he would be, but then there was probably very little pace. Anyway, Paul kept a lot in reserve and he won as he liked.

It is already Blackmore’s second fall of the week following a bad one on Telmesomethinggirl on Tuesday. 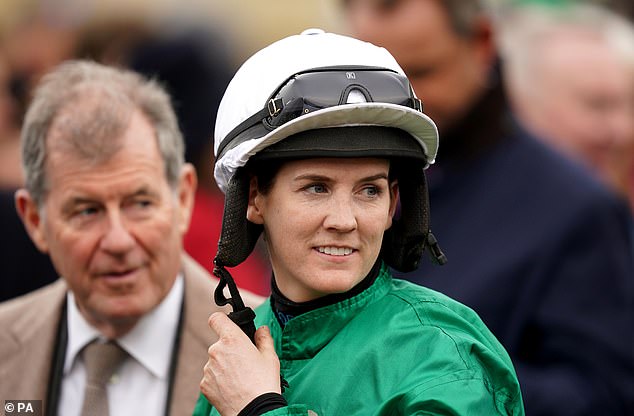 Blackmore (pictured) also fell with Telmesomethinggirl on Tuesday at Cheltenham

Blackmore was brutally unseated by Telmesomethinggirl in the Mares Hurdle when collided with another horse that had fallen.

But there has also been success for the sensational Irish jockey at this year’s Cheltenham Festival, as 30 minutes prior to that first fall she led Honeysuckle to their defence of the Champion Hurdle.

The jockey has truly experienced the highs and the lows at Cheltenham.