By Isabel Baldwin For Mailonline

In a big win for jockey Kielan Woods, Global Citizen gave a good gallop from the front.

Editeur Du Gite and Global Citizen were side-by-side as they went over the second-last with Andy Dufresne giving some chase but ultimately the Ben Pauling horse held on. 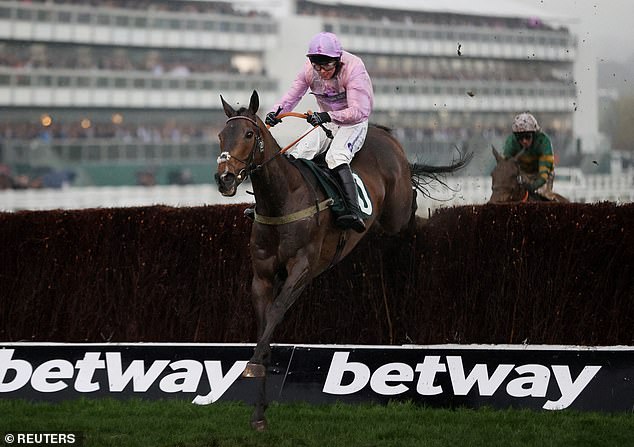