Bob Olinger was handed victory in the Turners Novices’ Chase after Galopin Des Champs took a dramatic fall at the final fence in the opener at Cheltenham.

Galopin Des Champs looked certain to land the spoils when he jumped the last well clear of Bob Olinger, but he slipped and knuckled over a stride after landing and ditched Paul Townend onto the ground.

That left Bob Olinger (6-5) to come home unchallenged with Busselton picking up the pieces for second place in the four-runner Grade One heat, 40 lengths behind the winner. 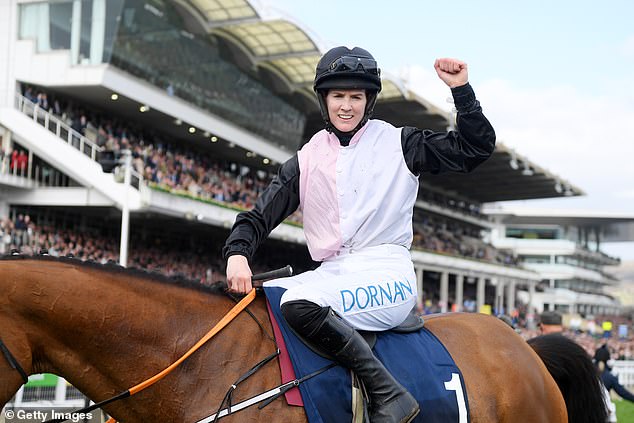 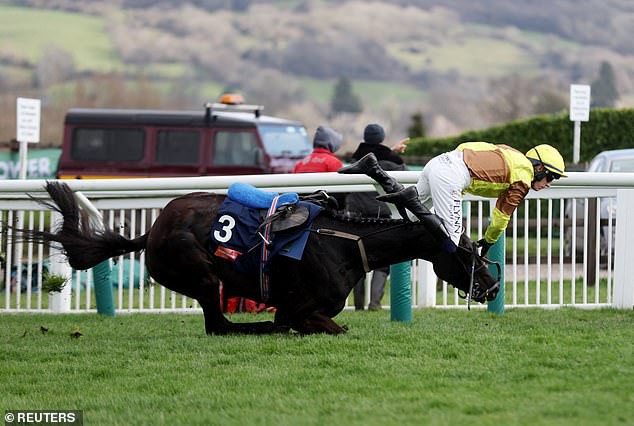 Until that untimely exit everything had gone to plan for Galopin Des Champs. Willie Mullins’ six-year-old had jumped exuberantly in the early stages and had Bob Olinger under pressure before the race was turned on its head and the 5-6 favourite crashed out after seemingly clearing the last safely.

She said: ‘It’s great to see Paul and Galopin are up and OK. It was their race to win. I don’t know what to say really, it’s fantastic to win, I’m delighted to win.

‘I didn’t get into as good a rhythm as I thought I was going to. I thought that was my fate turning in, but that’s jumps racing.’

De Bromhead said: ‘You never want to win in those circumstances, but this game – always expect the unexpected and we’re delighted to win and we need to show a bit of joy as well.

‘I was surprised to see him off the bridle so soon, obviously the other one is something else. I never thought I’d see another horse do that to him.

‘He made a couple of mistakes so we still have to work on the jumping, but he jumped well on the first circuit.

‘He’s still a work in progress, it was still only his third run over fences and he’s won a Grade Three and a Grade One. 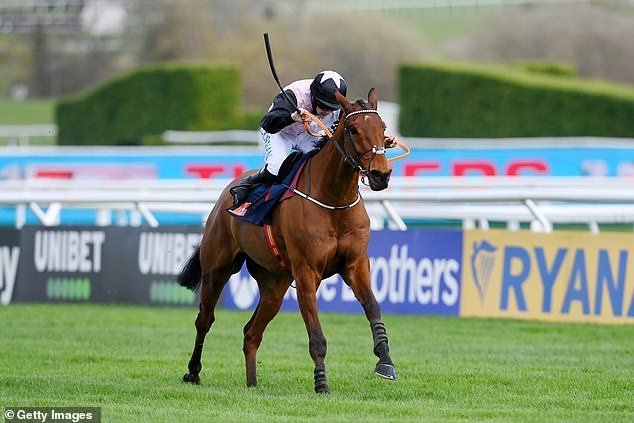 On Wednesday, Blackmore suffered her second fall of the week as Journey with Me went down at the final hurdle at Cheltenham Festival.

The horse which led for almost the entire race looked in a good place to challenge for the Ballymore Novices’ Hurdle.

Trailing behind Sir Gerhard, Blackmore and Journey With Me attempted to cling on to second from Three Stripe Life but then ended up falling at the final flight.

Twenty four hours earlier, she endured a bad one on Telmesomethinggirl on Tuesday.

Blackmore was brutally unseated by Telmesomethinggirl in the Mares Hurdle when collided with another horse that had fallen. 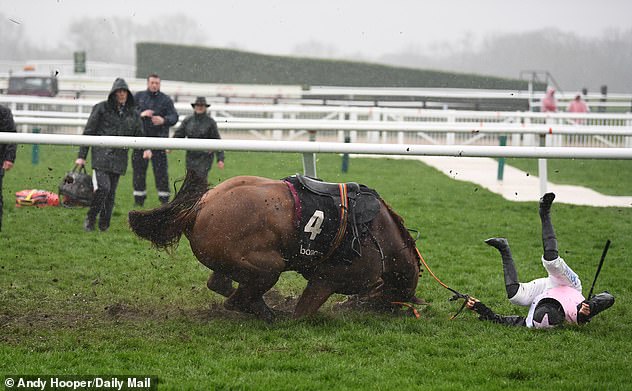 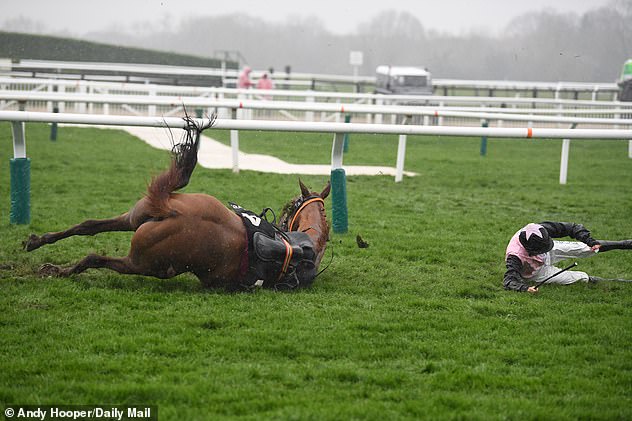 However, Blackmore and Journey with Me attempted to finish second but fell at the final hurdle 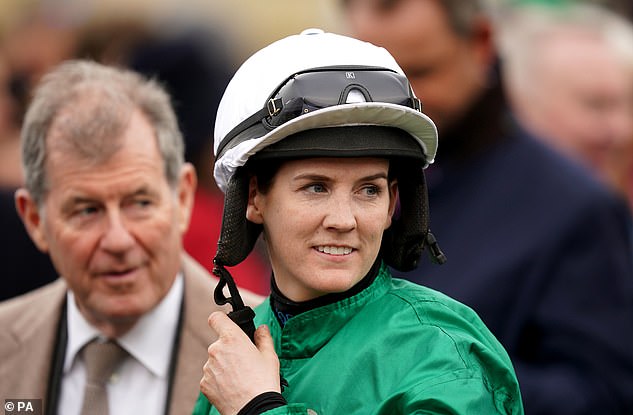 The jockey also fell with Telmesomethinggirl on Tuesday at Cheltenham