Elimay gave trainer Willie Mullins his 10th winner at this year’s Cheltenham Festival to complete a fantastic five-timer on the day in the Mrs Paddy Power Mares’ Chase.

Runner-up 12 months ago, Elimay got up in the closing stages under Mark Walsh in the colours JP McManus.

Zambella cut out the running from Maid O’Malley, but the raced changed complexion in the straight. 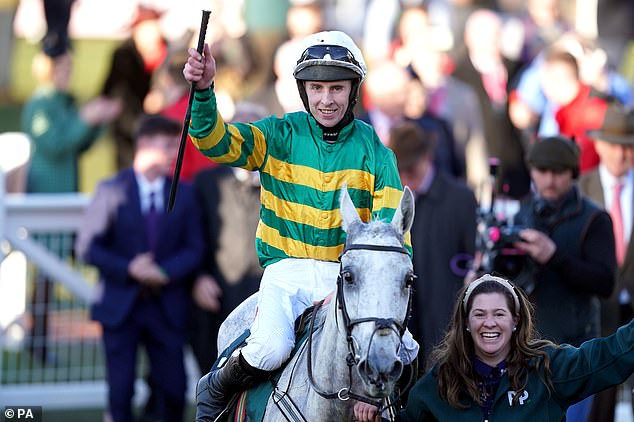 There were four horses in with a winning chance at the last with Elimay (9-4) proving the stronger up the hill to score by half a length from Pink Legend. Scarlet And Dove was a nose away in third place.

Assistant trainer David Casey, giving his boss a rare race off press duties, said: ‘I thought we had lots of good chances and the horses have run brilliant all week.

‘Everybody knows racing isn’t easy, we lost Brandy Love on the morning of her race, so it’s great for the team at home when it goes well.

‘Elimay isn’t big but she’s really tough and stays really well. She didn’t help Mark much, but she is small.

‘It was just her toughness that did it for her in the end.’ 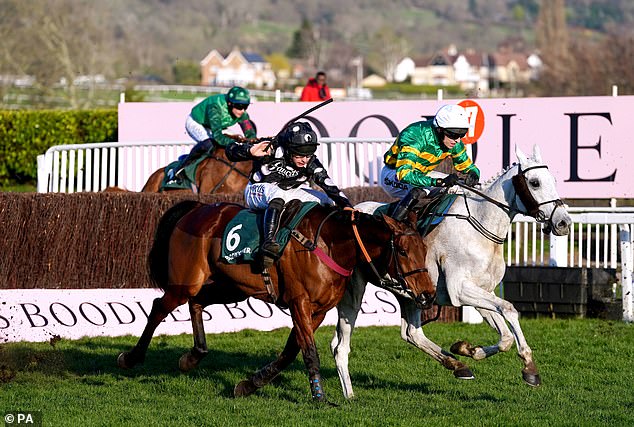