Trainer Alan King has had some massive wins on the Flat, including the Group One Prix Du Cadran and Goodwood Cup last season with Trueshan, since his last and 15th Cheltenham Festival triumph with Uxizandre in the 2015 Ryanair Chase.

But King heads into this season’s meeting in optimistic mood of breaking his seven-year duck.

His team includes County Hurdle hope Tritonic and Mares’ Chase contender The Glancing Queen, but his main hope is Edwardstone, favourite for the Arkle Novices’ Chase.

Sportsmail columnist Lizzie Kelly went to ride out at King’s Wiltshire stable to find out whether the trainer making waves on the Flat still gets a big buzz out of Cheltenham Festival week. 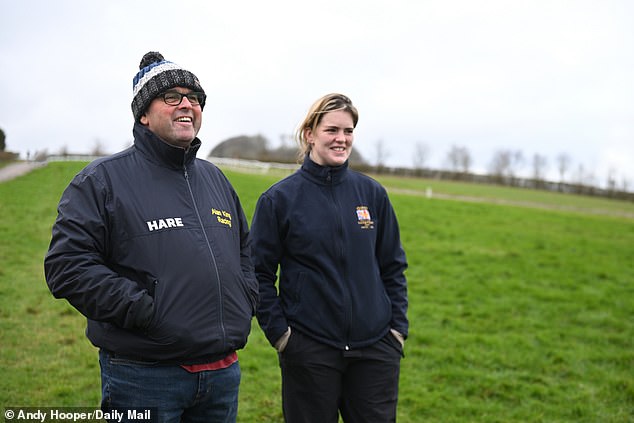 Kelly: Can you believe that since your last Cheltenham Festival winner you have had four Royal Ascot wins and Group One successes on the Flat?

King: It just shows how tough the Cheltenham Festival is. In the mid-2000s we were doing really well but Gordon Elliott hadn’t started, Willie Mullins hadn’t really got going and Ireland weren’t having many winners a week. Now look at it! We’ve not had a winner for seven years. A lot have hit the post but they don’t count.

LK: Edwardstone is favourite for the Arkle but the next seven horses in the betting are Irish-trained. Do you feel a bit outnumbered?

AK: It will be tough. Willie’s horse (second favourite Blue Lord) wasn’t overly impressive at Leopardstown last time but it was his first real race over fences and he could come on a bundle. Then there is Gordon’s mare, Riviere D’etel.

But we have won the Arkle twice before with Voy Por Ustedes and My Way De Solzen. The one thing you have to do in the Arkle is get the trip and Edwardstone will stay. He should be a three-miler really on breeding. We are not quite sure where the speed has come from. 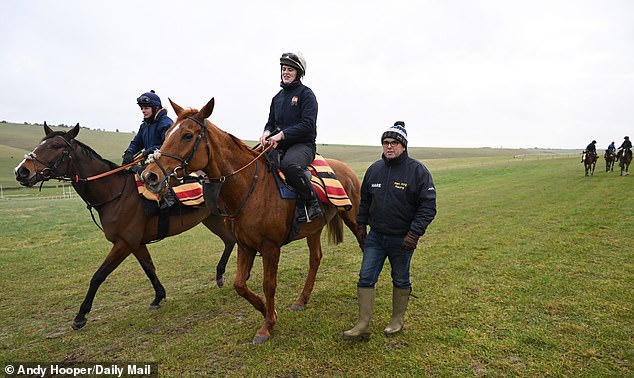 LK: Edwardstone won the Kingmaker Chase at Warwick on his last start. It is a race and track you use for your best novices…

AK: I thought he was near faultless and I do adore Warwick as a racecourse and for novice chasers. If you can get round there you should get around anywhere. Voy Por Ustedes made his chasing debut there. It is a good test and they learn plenty.

LK: Can you compare Edwardstone with both Voy Por Ustedes and My Way De Solzen?

AK: My Way and Voy Por came to me from France. My Way dropped back in trip after winning the Stayers’ Hurdle. He was a more talented horse but a bit delicate mentally, while Voy Por was unbelievable tough. If we could put Voy Por’s mentality into My Way, we would have had a champion!

It has taken us three years to make Edwardstone. He was exuberant and free when he was young. We used to have to ride him from the back of the field so he was probably running a bit better than his finishing position suggested. Over a fence he is more settled and you can ride him just behind the leaders. People ask why is he suddenly so good but he has always been. Running in handicap hurdles last season helped him mature. 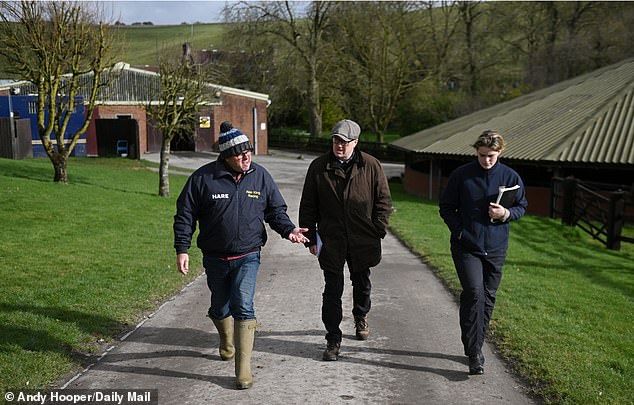 LK: How different is it training a Cheltenham Festival steeplechase hope like Edwardstone to a top-notch Flat horse like Trueshan?

AK: Not much. When our two-year-olds first come in, the old chasers will lead them. The interesting thing is that, over five furlongs on the gallops, the three-milers are always quicker than the two-milers.

I think it is because a good two-miler is a bit like a 400m runner. They jump off and just gallop hard all the way. Going back to my time as assistant trainer to the late David Nicholson, some of the best two-milers I have been associated with, such as Waterloo Boy, Viking Flagship and Mysilv and my own Sceau Royal, now wouldn’t be the quickest. But they can go a pace for two miles.

LK: You gave Sir Anthony McCoy his last Festival winner with Uxizandre. Was it one of your favourite Festival moments?

AK: I was proud to be part of it. Uxizandre was at his absolute best that day. AP says he was only a passenger! 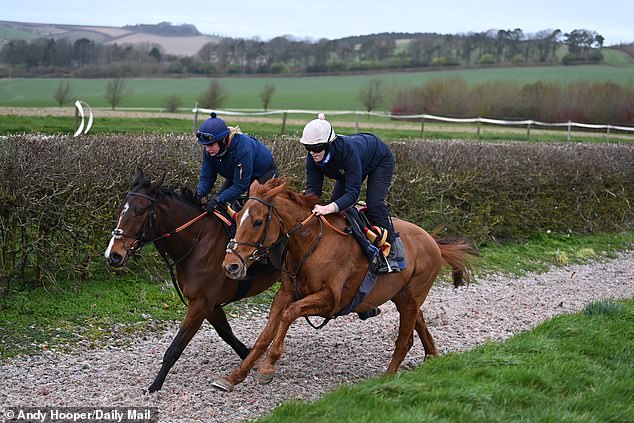 LK: What is more nerve-racking, a runner at Royal Ascot or the Cheltenham Festival?

AK: It depends where you have a fancied runner. I could go to Plumpton on a Monday with an odds-on favourite and be very nervous. It is about expectation.

I went to Cheltenham earlier in the season with three 33-1 shots and was so bored. When I got home I said to the missus never let me complain about being nervous again.

You want to be nervous even if it is unpleasant at the time. There is no doubt I will feel pressure with Edwardstone.

LK: It must be a source of pride that you are now the top dual purpose trainer in Britain? 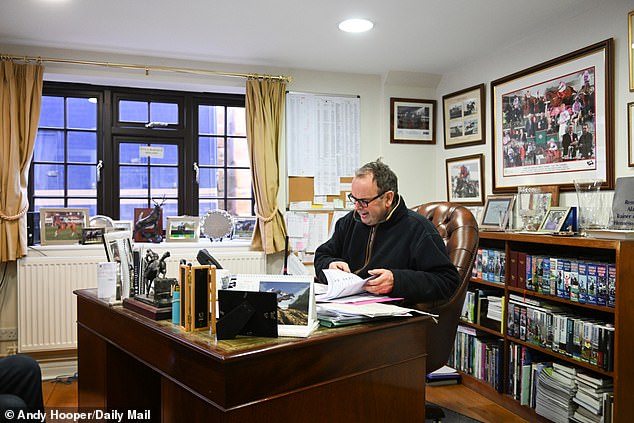 The 56-year-old, pictured in the office of his yard near Swindon, is relishing the challenge

AK: It’s good to do something Paul Nicholls hasn’t done! I have got to the stage where I am not too fussed about the number of winners we have numerically, it is about keeping winning decent races.

When we can’t compete right at the top end of the jumping job, it has been nice to do something different.

LK: Do you envisage eventually having more Flat horses than jumpers?

AK: It is not something I am consciously doing. I still love my jumping but it is hard to compete at the top table. We have never had the owners who can spend £200,000 or £300,000 on Irish point-to-pointers and that is where the good horses are coming from.

I have one or two smart young jumpers coming through but, if I have £100,000 to spend, I would rather buy a two-year-old for the Flat.

Horseracing’s focus on equine welfare is detailed in its ‘Life Well Lived’ strategy. To learn more about racing visit: greatbritishracing.com