Trainer Dan Skelton says there will be no excuses for Shan Blue if he fails to shake up favourite and 2020 winner Cyrname in the Bet365 Charlie Hall Chase at Wetherby.

Skelton said: ‘This race has always been the plan. He is spot on. There will be no saying he blew up. Ultimately he has to run well and he will. 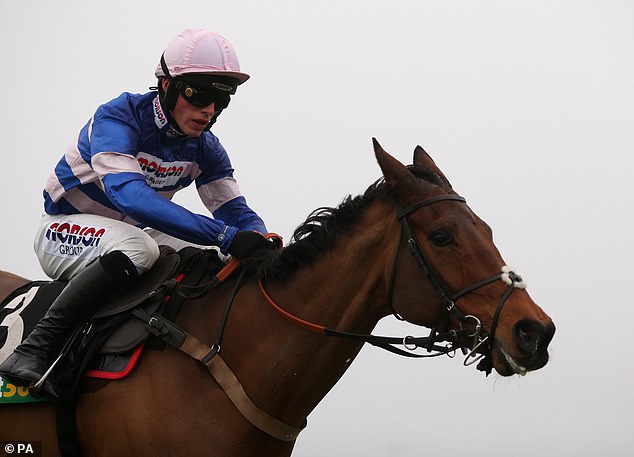 ‘If he is in Cyrname’s league great, otherwise we will have to plan again.

‘I am not saying he has to win for it to be any type of result. But I want to see him bang up there giving them all some trouble.’

Last season Shan Blue won the Bet365 Novices’ Chase at Wetherby and that race yesterday was landed by imposing stablemate Ashtown Lad whose jumping, in the hands of Skelton’s jockey brother Harry, made the difference in a four and three-quarter-length win from Buzz De Turcoing.

Ashtown Lad could continue on Shan Bleu’s path and head to Kempton on Boxing Day but Skelton reckons his future is in long-distance chases with an eye ultimately on Aintree.

Skelton, who also combined with his brother to easily win the novices’ handicap hurdle with Unexpected Party, added: ‘You can see why I have waited until he was seven to go chasing. He has taken a long time to get it together.

‘I’d like to keep an eye on next season. Let’s be bold enough to say it, he could potentially be a Grand National horse.’

Grade One-winning novice hurdler Ahoy Senor pulled out of Ashtown Lad’s race because of unsuitable ground and will now add spice to the Colin Parker Memorial Intermediate Chase at Carlisle.