Don’t try telling Harry Enright there are limits to what he can achieve.

The 17-year-old Londoner has already defied the odds and he reckons his horse racing journey is still only just at the start.

Despite being born without a left hand, Harry has graduated from two courses at the British Racing School in Newmarket where staff helped develop a special prosthetic which allows Harry to have two arms in contact with the reins. 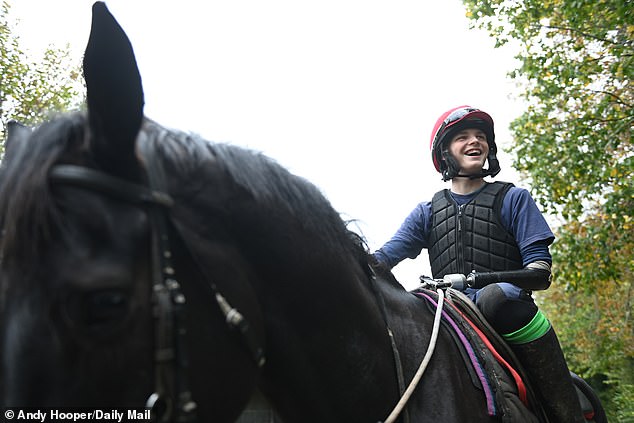 Harry has now moved to Oxfordshire trainer Lawney Hill and is riding out five lots a day, honing his riding technique and getting more confident by the day.

Not many would have bet on that happening when the 14-year-old Harry told his mum Michelle and dad James that he wanted to become Britain’s first one-handed jockey. But ‘not possible’ isn’t a phrase the Tottenham-supporting teenager recognises.

Harry, who has no family connection to racing, said: ‘The answer I got from mum wasn’t what I thought it would be. I thought she would say, “We have to think about this, take it easy”. But it was: “Let’s go and do it”.

‘If there is a challenge there is no reason not to go towards it. Sometimes it takes a bit of time to get confidence. But ‘struggling’ and ‘I can’t do’ are completely different things. 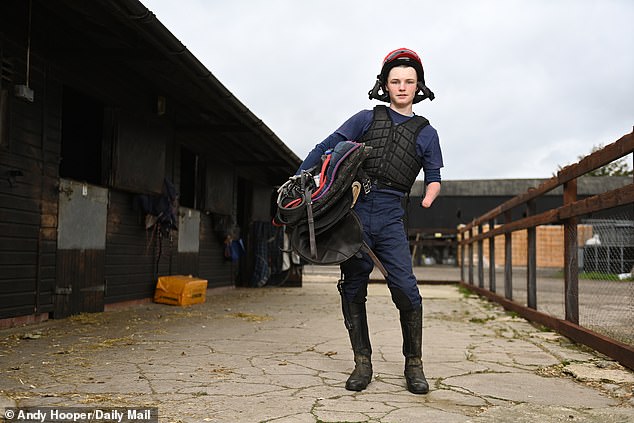 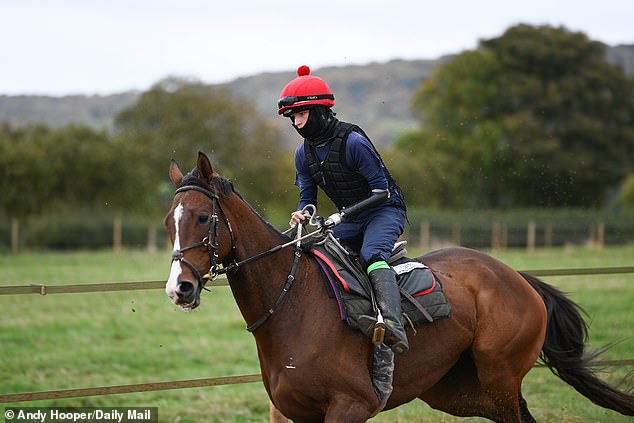 ‘From a very young age, I have been told if you want something that bad it doesn’t get put in front of you on a dinner plate, you have got to go and chase it. That is what I am currently doing. I would hope others can do the same.’

Life for Harry at the British Racing School was full of exciting possibilities but also laced with realism. He was told that if any obstacles became too onerous to overcome, the project would have to be shelved.

Everything that was done had to be underpinned by safety for Harry himself, for the horses he rode and also for his fellow students and, when out in the wider world, his co-workers.

Harry, who has played football, tennis, table tennis and loves to relax while fishing, said: ‘I was told that I had to develop myself to the horse, the horse can’t develop to me. What we did had to be horse friendly and we had to make sure it works properly. 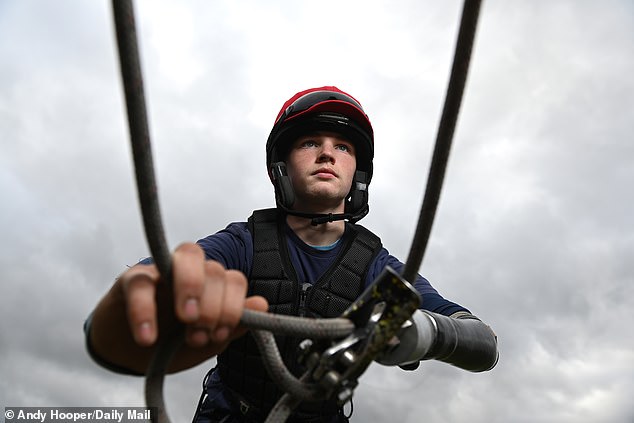 ‘It has been tough and challenging. It is a hard job when you are working with racehorses. They are big and you have to keep yourself energised.

‘There are different challenges every morning but I wake up, find the love and keep going.’

Hill is no stranger to unusual racing challenges before. She was the trainer who mentored and guided Victoria Pendleton through her journey from Olympic gold medal cyclist to competing as an amateur jockey at the Cheltenham Festival.

Hill admitted: ‘We were anxious that it is a difficult enough job to do anyway, let alone if you only have one hand. But I hadn’t met Harry at that point. 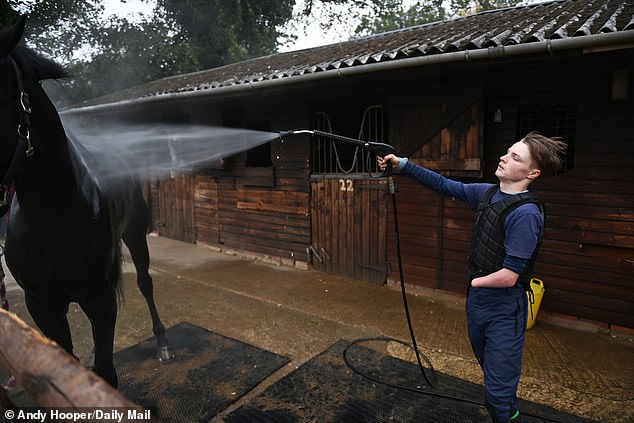 ‘When he came here he cantered around on a horse he had never sat on, looked at me and said: “This is all right, isn’t it, Lawney?” and I thought, “He’ll do”.

‘His riding has improved tremendously. We wouldn’t put him on the hardest pullers but he is working up towards that and doing it very well.’

Harry concedes he has a long way to go to graduate from groom to riding in a race.