The winning post is within touching distance but the titanic tussle between Oisin Murphy and William Buick to be crowned champion Flat jockey on British Champions Day at Ascot tomorrow is heading for a photo-finish.

Both riders head to Haydock on Friday afternoon separated by only two wins after Buick (149 winners) rode Typical Women to victory at Chelmsford on Thursday night and Murphy (151) replied with success on Notions.

It leaves Murphy, who walked away unscathed after Discover Dubai fell heavily on the home turn in the fourth race, still in pole position. 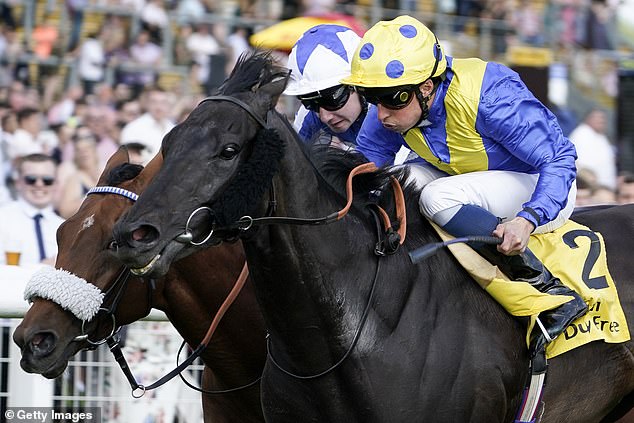 It could be a pivotal afternoon at Haydock. On paper, Buick has the better chances and he could even get a helping hand from the Queen who owns Dukedom, his mount who is favourite for the 4.40pm.

Murphy may have to wait until the final race for his best chance on soft-ground loving Whitehaven.

It was also a major boost for Buick when his Charlie Appleby-trained Derby winner Adayar was declared for Saturday’s Champion Stakes at Ascot.

However, Friday’s results are likely to decide the destination of the title, which is the closest fought since Paul Hanagan edged out Richard Hughes by two wins in 2010 and Seb Sanders and Jamie Spencer shared the crown in 2007. The winner will be handed a cheque for £10,000 but that is peanuts compared to what they earn in retainers and prize-money. 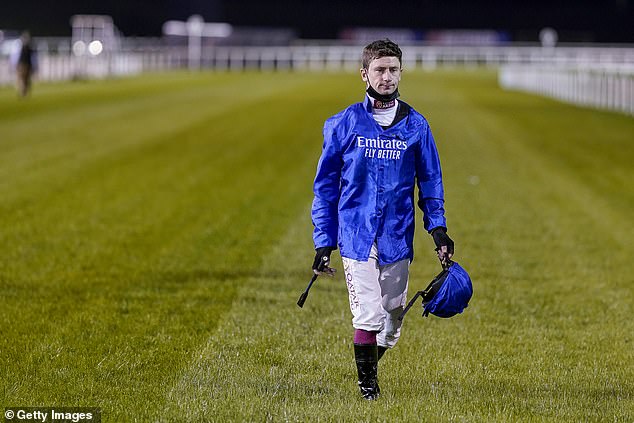 The title race is a draining, marathon tussle which started on 2,000 Guineas day at Newmarket on May 1 when Buick gained an early advantage. In the intervening 25 weeks they have criss-crossed the country travelling thousands of miles in search of winners.

By the end of August, Murphy, who is chasing his third crown, had built up a formidable 17-winner lead and was 1-10 favourite with Buick 9-2.

But Buick clung on and in the last fortnight the momentum has been with him. Three victories at Newmarket last Saturday, another treble at Leicester and two more at Nottingham have Murphy peeking over his shoulder.

Both Buick and Murphy were teenage champion apprentices and served their apprenticeships with trainer Andrew Balding.

Both were also seen as crown princes of the weighing room when landing big jobs, Murphy as retained jockey for the Qatar Racing operation of Sheik Fahad Al Thani and his brothers and Buick, first as stable jockey to trainer John Gosden before signing a lucrative contract to ride for Sheik Mohammed’s Godolphin empire. 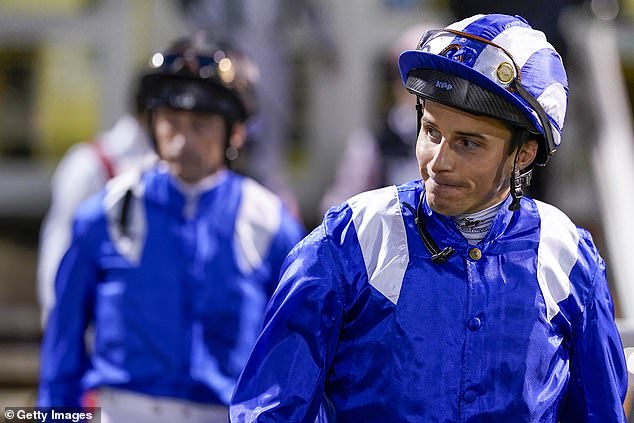 At times that expectation seemed to weigh heavy on 33-year-old Buick’s shoulders and his determination to realise his dream has been clear as he has enjoyed the most successful season of his career, including wins on Adayar in the King George VI & Queen Elizabeth Stakes and Hurricane Lane in the Irish Derby and St Leger.

Speaking about his stable jockey, Appleby said: ‘William is the ultimate professional. He’s riding as well as we’ve ever seen him.’

That public image was dented by a three-month ban over the winter after Murphy tested positive for cocaine while riding in France last year and he also failed a pre-race breathalyser test for the second time in his career at Newmarket last week.

But he has made it clear how much a third title would mean, saying: ‘Champion jockey was something that I grew up wanting to achieve.

‘It would be huge this year with my family and friends there, it would mean the world to me.’