By Francesca Cumani For The Daily Mail

It’s exciting that TRUESHAN and Stradivarius meet on ground suitable for both of them. Their past meetings have been on going which favoured Trueshan. I still favour the Alan King-trained runner to win for the second year running. He’s the stronger performer at the moment.

This is wide open. It is probably best to look for a contender at a longer price and HAPPY ROMANCE at 12-1 fits the bill. She was fourth in the Haydock Sprint Cup but beaten only a length and looks to be holding her form. 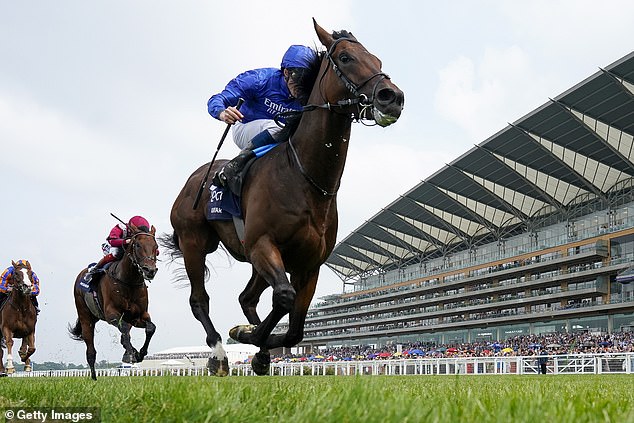 A slow pace was blamed when English and Irish Oaks winner SNOWFALL was second in the Prix Vermeille and she was subsequently sixth in the Arc but beaten less than five lengths. If the old Snowfall turns up, she is much the best in the field.

An exciting, deep line-up, with unbeaten Baaeed potentially a superstar. But he has won only one Group race, while PALACE PIER has six Group One wins on his record. Frankie Dettori’s mount was third in this last year but struggled in heavy ground. That won’t be an excuse today.

I still want to believe ADAYAR is the superstar he looked when winning the Derby and King George. He was fourth in the Arc but looked strong for a long way before testing ground found him out. He drops down in distance but the quicker tempo of race might suit a horse who races keen. Big rival Mishriff has more pace, so we could see a fascinating battle between speed and stamina.

Francesca Cumani is an ambassador for Qatar Racing, a subsidiary of QIPCO which celebrates its 10th anniversary of sponsoring the QIPCO British Champion Series this year — qatarracingltd.com