The balance of current jumping power might be in Ireland but Shishkin showed the home team will have at least one heavyweight champion throwing punches after a scintillating comeback win in Monday’s Desert Orchid Chase at Kempton.

Most of the talk this season about the Nicky Henderson-trained chaser had been about his absence from the track and his non-appearance in the Tingle Creek Chase at Sandown earlier this month when he was off-colour.

Henderson had also expressed concern that Shishkin was making his comeback on unexpectedly soft ground at Kempton after rain. 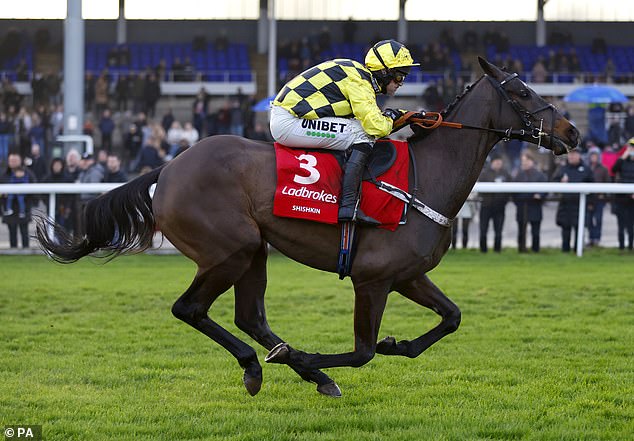 But the seven-year-old, whose only defeat in 10 races for Henderson came when he fell on his novice hurdling debut in December 2019, is now 5-4 favourite with Coral and odds-on favourite with some bookmakers to add the Queen Mother Champion Chase to his Cheltenham Festival wins in the Arkle Novices’ Chase (2020) and Supreme Novices’ Hurdle.

Only after that race will we truly be able to say if Henderson has a genuine successor to his two-mile chase giants Sprinter Sacre and Altior but it is looking extremely good.

Shishkin and Nico De Boinville left Greaneteen trailing in his wake up the Kempton straight as he beat the Tingle Creek Chase winner 10 lengths, albeit in receipt of 5lb. 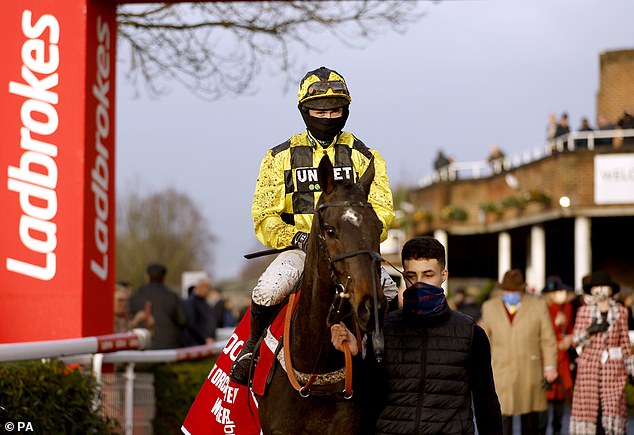 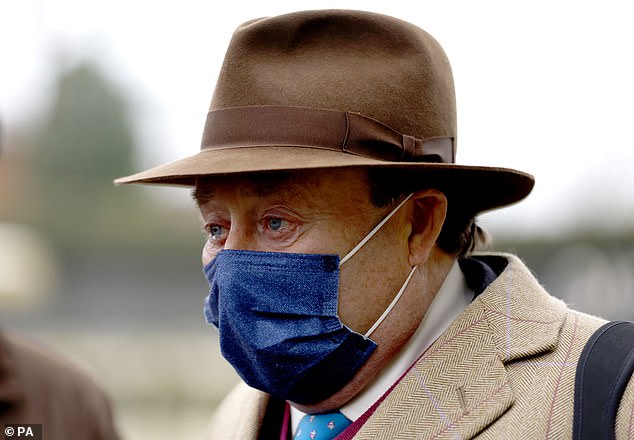 One of his other big potential Champion Chase opponents, Willie Mullins-trained Chacun Pour Soi, was pulled out of Monday’s Grade One two-mile chase at Leopardstown with a hamstring issue and the winner Envoi Allen didn’t look a natural two-mile chaser.

Henderson said: ‘It is a relief and I am thrilled with him. I was nervous that we weren’t really there with him but we had to run. He was in a bad place for three weeks which is why he didn’t run in the Tingle Creek.

‘It wasn’t the most popular decision but the right decision. He’s proved one thing, he’s as good as ever.’

Shishkin impressed De Boinville who told Henderson: ‘He is so different to what you see at home. He loves the crowd and the atmosphere like all champions do.’

Next for Shishkin could be the Clarence House Chase at Ascot next month or the Game Spirit Chase at Newbury in February. 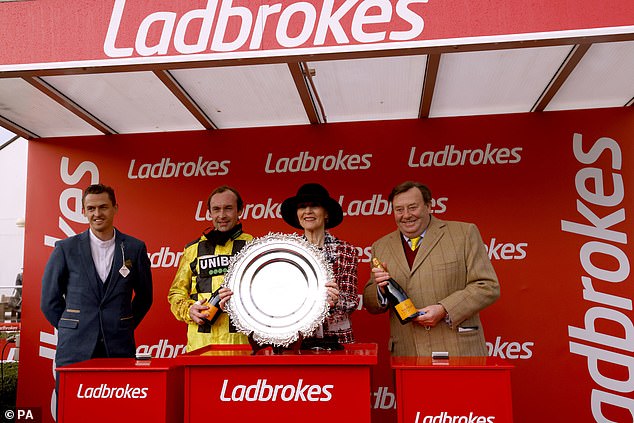 However, he proved doubters wrong and won jockey Nico de Boinville the race

If Shishkin is already established, Alan King-trained Edwardstone is cementing his reputation with every run after a false start to his chasing career which was aborted last season after he unseated his jockey in his first start over fences at Doncaster.

But Edwardstone won the Grade One Henry VIII Novices’ Chase at Sandown earlier this month and on Monday added the Wayward Lad Novices’ Chase with a 10-length win from Do Your Job.