Nicky Henderson believes Epatante showed she has her mojo back in a decisive victory from Glory And Fortune in the Ladbrokes Christmas Hurdle.

It was a performance that helped erase the memory of her defeat as the odds-on favourite in the contest last year, with her slick jumping an indication that back treatment over the summer has had a positive effect — although Epatante will have to raise her game to beat Ireland’s Champion Hurdler Honeysuckle at the Cheltenham Festival in March. 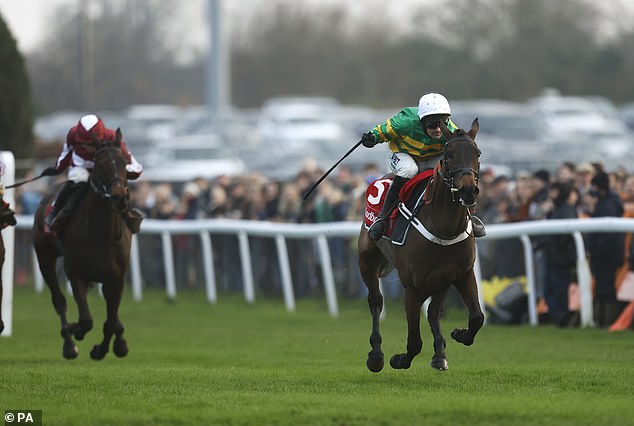 Henderson said: ‘Her jumping is back together. That has changed the game quite considerably.

‘It was a Champion Hurdle performance but it is another bridge when you get there.’