Hornby gained admirers for his measured reaction when he lost the mount on Westover for the Irish Derby — after riding the horse to third in the Epsom Derby — and the colt powered home at the Curragh with Irish champion jockey Colin Keane on board.

He then suffered a blow when Scope, the colt that gave him his first Group One win last season, suffered a fatal injury on the gallops. 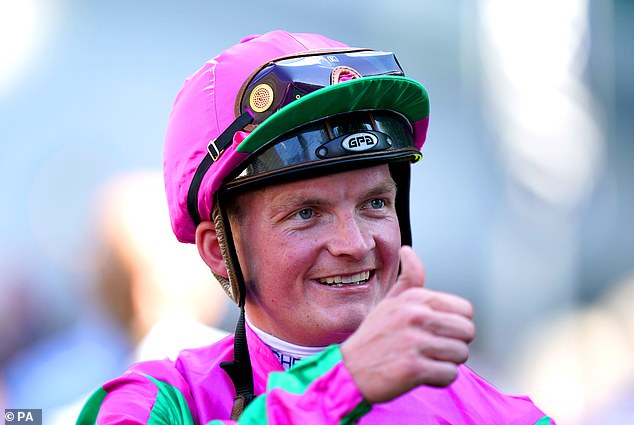 Hornby also narrowly missed out on victory in the 1,000 Guineas on Newmarket’s Rowley Mile course in May when Cachet beat Prosperous Voyage by a neck.

But his quiet professionalism has been rewarded thanks to a twist of fate. Had Frankie Dettori and John Gosden not been reunited this week, it would have been the Italian on board Prosperous Voyage and not Inspiral, a nine-length winner when the two met in the Coronation Stakes at Royal Ascot.

Two furlongs out it looked like Inspiral was going to give the Dettori-Gosden team another Group One but Prosperous Voyage stayed on far stronger than the red-hot favourite. 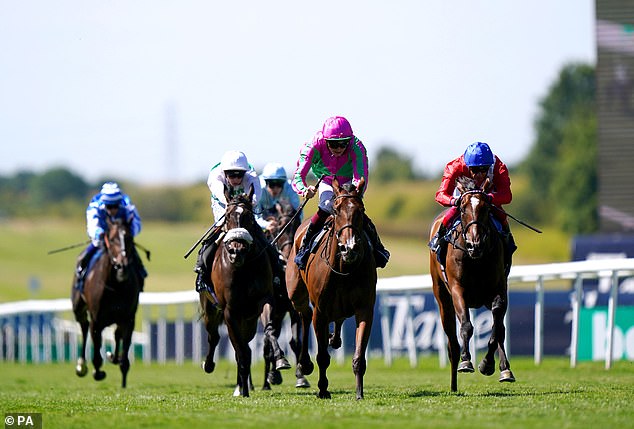 Hornby, 27, said: ‘I am in such a privileged position and days like this make it worthwhile. It is a crazy sport with the ups and downs of it. I thought I was perhaps going to be a good third when they came to challenge me but she was so brave.’

Given their recent local difficulties, the defeat on a Gosden-trained 1-7 shot for Dettori might seem like a red flag moment but the trainer conceded Inspiral appeared to be feeling the effects of her Royal Ascot run.

Gosden said: ‘She was a little bit flat and the ground was probably quick enough for her. We will freshen her up and go again.’

The run-up to the race was marred when Summer’s Knight and Tribal Art sustained fatal injuries in the bet365 Trophy won by Soapy Stevens.