Godolphin dominated the Platinum Jubilee Stakes at Ascot, and it may be a case of deja vu in Saturday’s Darley July Cup Stakes.

Surprise winner Naval Crown, sent off an unconsidered 33-1 chance at the royal meeting, and stablemate CREATIVE FORCE (Newmarket, 4.25), runner-up in the six-furlong Group One, renew rivalries once more on the July Course.

Some felt Naval Crown took full advantage of a favourable passage on the stand-side rail at Ascot, but that may be a little unfair as the Dubawi colt was having just his second try at six furlongs and had little to compete with late on. 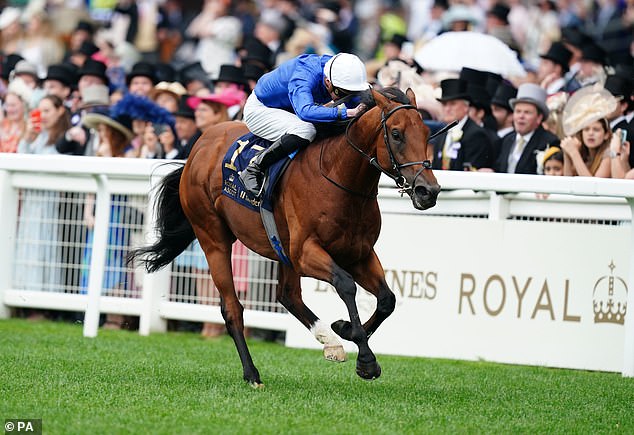 Fellow Charlie Appleby contender Creative Force was stuck on the wing from stall one on the opposite side of the track, but also emerged with plenty of credit, leading inside the final furlong before being overhauled late on.

Strangely, it was not the first time the two bedfellows have fought out a finish at Royal Ascot as Naval Crown chased home his old adversary in the Jersey Stakes 12 months beforehand as once again the boys in blue dominated.

Both have appealing chances again on Saturday afternoon, but I wonder if Creative Force may take the lead in their personnel duel as he ran a blinder to finish fifth in last year’s renewal and rider William Buick appears happy to stay loyal to the gelded son of Dubawi after Ascot.

Commonwealth Cup winner Perfect Power is hugely respected as is Aussie contender Artorius who tried to come from a long way back in the Platinum Jubilee, meeting trouble in running in the process, before taking a gallant third.

However, Creative Force looks handily drawn with pace to run at late on and is fancied to lift the prize.

With 11 races on terrestrial television, there is no shortage of action so keeping up with events on a packed programme may offer the toughest challenge.

York also stage a card which would stand alone on any normal Saturday and the talented ROGUE BEAR (York, 4.05) could be the answer to a typically competitive renewal of the John Smith’s Cup.