Hollie Doyle can be racing’s Emma Raducanu and help dispel its ‘crusty and clubby’ image, says trainer John Gosden as female jockey seeks to make history in the Oaks

Trainer John Gosden says success for Hollie Doyle in next week’s Cazoo Oaks could give racing the same boost that tennis enjoyed after Emma Raducanu won last year’s US Open.

Doyle has a chance of becoming the first female jockey to win a Classic in Britain on 5-1 third favourite Nashwa at Epsom a week on Friday for her boss, owner Imad Al Sagar. Gosden, who trains Nashwa with son Thady, also drew parallels between Doyle and Julie Krone, the only female jockey in the US to win a coveted Triple Crown race on Colonial Affair in the 1993 Belmont Stakes.

Gosden said: ‘You had a young lady win the US Open and that captured the imagination in this country. Anything like this is particularly positive for the sport. It has had an image of being a bit crusty and clubby but it is not. 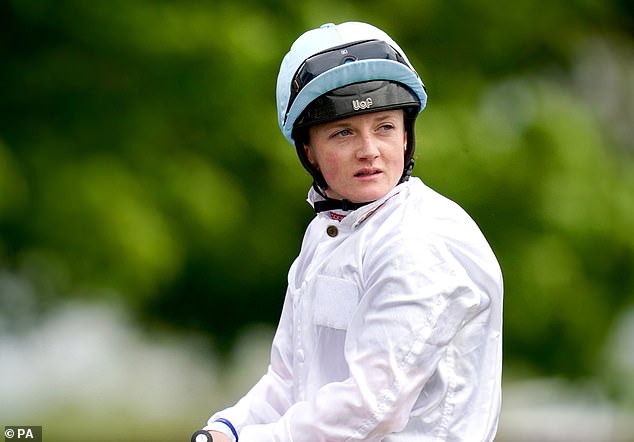 ‘When Mr Imad Al Sagar asked me about Hollie two or three years ago I said she is very talented and horses run for her. She reminds me of Julie Krone who has been the ultimate jockey type.’

The Gosdens, who have won the Oaks three times in the last eight years with Taghrooda (2014), Enable (2017) and Anapurna (2019), also have evens favourite Emily Upjohn in the race with Frankie Dettori on board. She galloped at Epsom yesterday to get accustomed to the track.

Meanwhile, Godolphin trainer Charlie Appleby, who won last year’s Cazoo Derby with Adayar, will decide whether impressive Newmarket winner Nations Pride joins stablemates Nahanni and Walk Of Stars in the race a week on Saturday after he works on Wednesday.

Royal Patronage, the Dante Stakes runner-up trained by Mark Johnston and his son Charlie for Highclere Thoroughbreds, is a confirmed Derby runner. The French Derby had also been under consideration.