CHELTENHAM TIPS: Galvin glory would be gold dust for Davy Russell in the Gold Cup… and Concertista will give stablemate Elimay something to worry about in the Mares’ Chase

Sportsmail provides all the tips ahead of the fourth and final day of the Cheltenham Festival with selections from Britain’s No 1 tipster Sam Turner, eight-time champion jockey Peter Scudamore and festival winning jockey Lizzie Kelly…

Davy Russell was choking back the emotion following Tiger Roll’s gallant final performance earlier in the week but hopefully GALVIN (Cheltenham, 3.30) can produce tears of joy with victory in today’s Boodles Gold Cup.

A fall at the first fence in the 2020 Munster National aboard Doctor Duffy left Russell facing an 11-month rehabilitation from a horrific back injury which threatened his chances of walking again, let alone riding.

A tortuous spell in traction preceded a gruelling road to fitness but the punishing rehab appears worth it. In Galvin, Russell has the perfect accomplice to land a second Gold Cup, eight years after managing the feat on Lord Windermere. 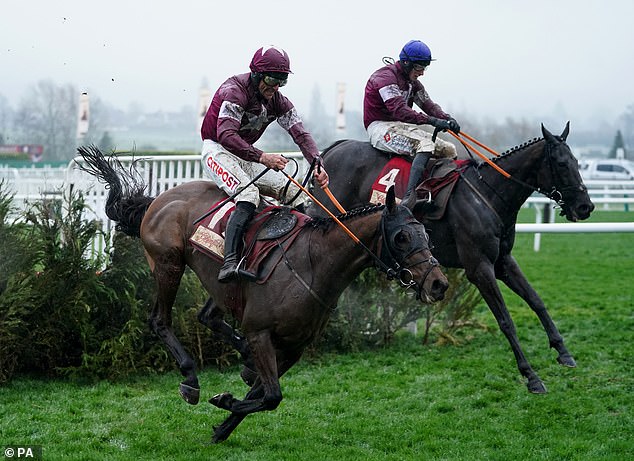 The eight-year-old announced himself as a true Gold Cup contender in the Savills Chase at Christmas —courtesy of a typically inspirational Russell ride — and his track experience should stand him in good stead on Friday afternoon.

The Rich Ricci reboot is well underway. Not only is the flamboyant American owner back with a new image but he is armed with a raft of powerful, fresh ammunition following a season or two in the doldrums.

VAUBAN (Cheltenham, 1.30) is one such horse and he appears to boast a great chance of winning the Triumph Hurdle if he can repeat his success in the Spring Juvenile Hurdle at the Dublin Racing Festival.

There was a feeling that he was learning on the job that day but there was no doubting the power of his finishing effort as he strode clear of the previously unbeaten Fil Dor to register a three-length success.

WEST CORK (Cheltenham, 2.10) has been laid out for the County Hurdle since he gamely battled to victory in November’s Greatwood Hurdle. A subsequent run at Ascot saw the eight-year-old sustain a minor injury but that gave trainer Dan Skelton the perfect excuse to keep his gelding fresh for this assignment.

A similarly patient approach paid off with the likes of Ch’tibello and Superb Story in recent seasons so West Cork will hopefully benefit from that consideration on Friday.

Colonel Mustard is another to consider following his fine run behind Sir Gerhard and Three Stripe Life at the Dublin Racing Festival. 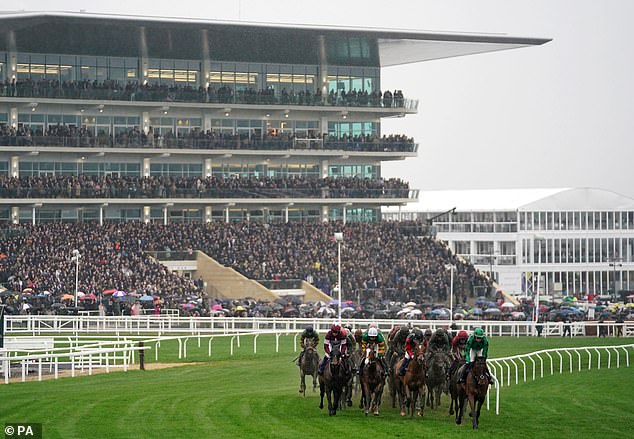 It is set to be a brilliant final day at the Cheltenham Festival, with the Gold Cup the feature race

Providing HILLCREST (Cheltenham, nb, 2.50) is not still feeling the effects of his recent Haydock demolition, then he looks capable of galloping his rivals into submission in the Albert Bartlett Novices’ Hurdle. The giant son of Stowaway should relish the long run from the second last to the final hurdle and can outstay Ginto.

BILLAWAY (Cheltenham, 4.10) is a fairly unoriginal choice for the Foxhunters’ having been the victim of a rare British success 12 months ago when failing by a short head to beat Porlock Bay. The 10-year-old was also beaten a nose at Punchestown by a British interloper in Bob And Co, who reopposes here, but his trainer Willie Mullins has equipped him with cheekpieces and he ran out a smooth winner at Naas on heavy ground last time.

Boasting a Festival record which reads 212 and a Limerick warm-up win on heavy ground, CONCERTISTA (Cheltenham, nap, 4.50) ought to give stablemate Elimay something to worry about in the Mares’ Chase. Conditions should play to the strengths of the selection and her record when fresh is very good.

Mullins also has a strong hand in the final race of the Festival and it is worth recalling he unleashed Galopin Des Champs in this race last year, as well as Don Poli in 2014.

The trainer runs just two from a glut of entries at the five-day stage so ADAMANTLY CHOSEN (Cheltenham, 5.30) and, to a lesser extent, Five O’Clock make some appeal.

The former looks sure to improve for encountering a great test of stamina than he has done to date while Five O’Clock, a big, chasing type, was only beaten five lengths in this race two years ago and hails from a yard brilliant at preparing horses following long absences. 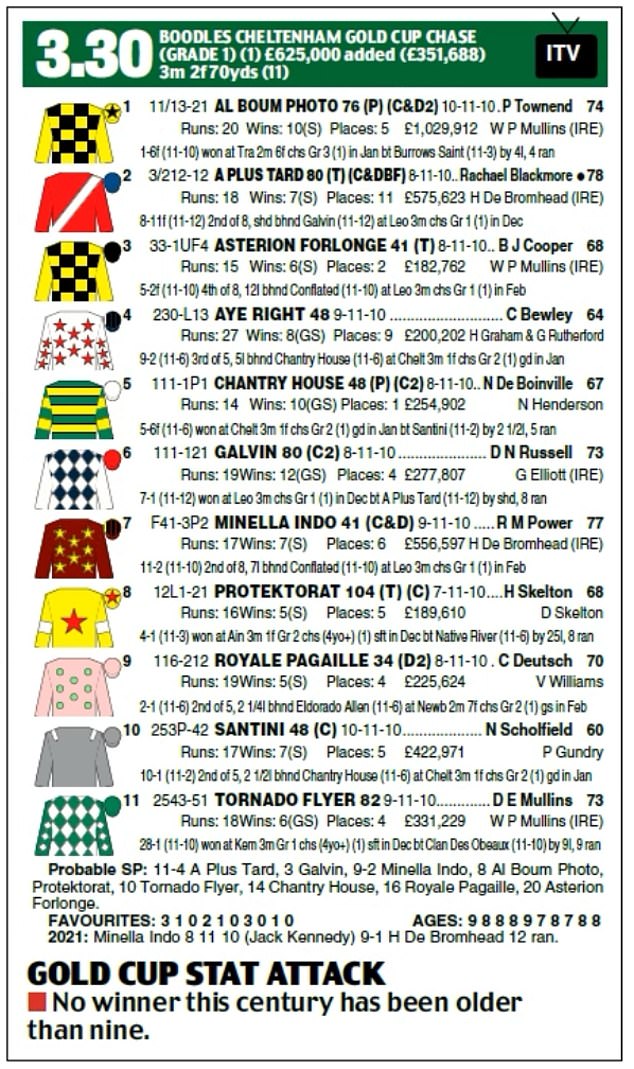 GALVIN looks the ideal profile for a Gold Cup hope. He is tough, durable and stays very well.

That reserve of stamina will be crucial with the rain which fell on Wednesday likely to turn this main event of the Festival into a test of resolve and will to win.

Galvin represents trainer Gordon Elliott but it looks like the final day of the meeting will be an Irish benefit and particularly a red-letter day for Willie Mullins.

His VAUBAN looked to have plenty up his sleeve when he won by three lengths at the Dublin Racing Festival last month from Fil Dor and he should confirm the form here.

Watch out for Sam Ewing, a young jockey getting positive reviews, in the concluding Martin Pipe Conditional Jockeys Hurdle, which he can win on Elliott-trained THE GOFFER.

The Irish are very strong in the Gold Cup but the British challenge is not without hope and I really like the way PROTEKTORAT ran away from his rivals when winning the Many Clouds Chase at Aintree in December.

It is possible to argue that those he beat have not boosted the form — runner-up Native River was retired after being pulled up on his next start — but it was the way Protektorat galloped relentlessly to the line that made an impression.

That was a first run at 3m 1f for the selection and trainer Dan Skelton set his sights on the Gold Cup straight after, not running Protektorat again and keeping him fresh for this big challenge.

Skelton also has a massive chance in the final race with LANGER DAN. He was second last year and his season has all been about going one better this time.

MOUNT IDA pulled off a remarkable win in the Fulke Walwyn Kim Muir Challenge Cup last year after looking like she was really struggling early in the race. She is showing more pace this year and looks to have a great chance in the Mares’ Chase.

SURPRISE PACKAGE improved by at least 10lb on his Irish form when he was an easy winner of the Imperial Cup at Sandown last Saturday.

He looks exceedingly well handicapped and only has a small penalty for that victory today — something he should be up for defying.