Tragedy on day one at Cheltenham: Shallwehaveonemore dies in the opening race of the festival, with Gary Moore’s horse put down due to fatal injuries suffered falling at the final fence

By Oli Gamp For Mailonline

The incident came in the first race of the day – the Sky Bet Supreme Novices’ Hurdle – with Gary Moore’s horse falling at the final fence of the race, which was won by Constitution Hill.

Medics and officials made their way to the scene quickly to attend to the horse, but unfortunately its injuries were too severe and it had to be put down. 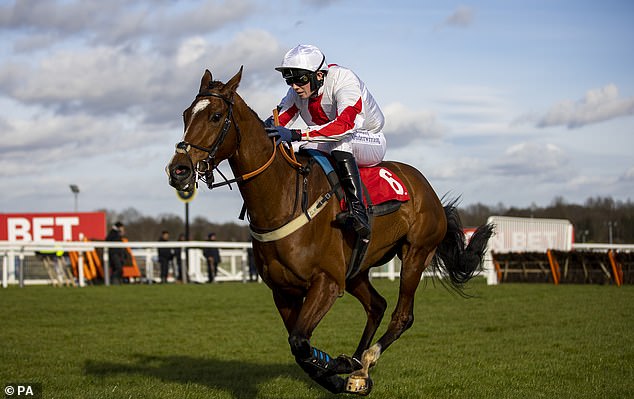 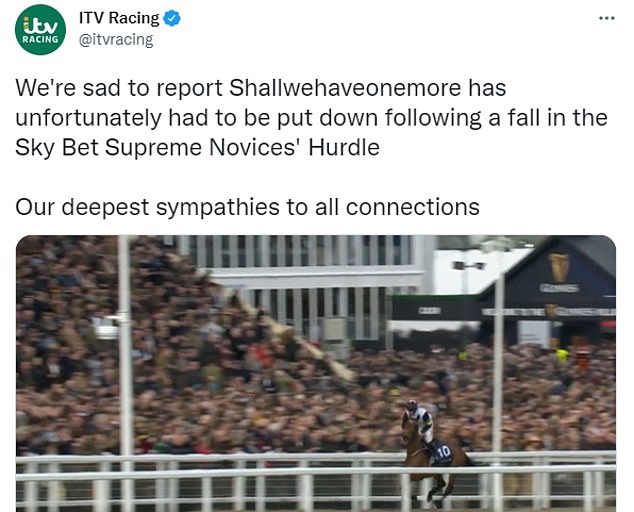 ‘He was immediately attended to by our highly experienced veterinary team, but after extensive treatment it was determined that it was necessary to put the horse to sleep. Our thoughts are with his connections.’

Cheltenham has gone to extra lengths to protect horses competing at the races – this week laying out its safety protocols ahead of the festival’s first day.

Racing authorities have been working hard to reduce the injuries suffered by horses amid pressure from animal welfare campaigners – with the racecourse announcing it had installed a horse weighing machine, built a equine hospital on site, as well as an X-ray machine at every meeting.

Other introductions include cooling fans in the unsaddling enclosure, a refurbished veterinary treatment box – 99 new stables, an equine solarium and rubberised horse walk stables in the pre-parade ring. 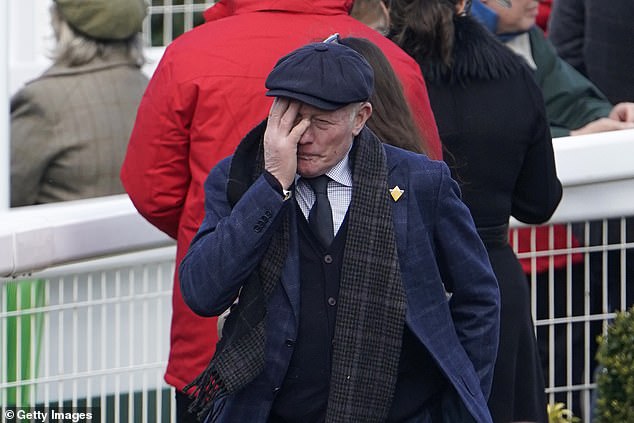 It came after Constitution Hill – the 9-4 joint favourite – took home the opening race of the day.

There was little between the duo going to two out – but Constitution Hill was going the better and soon took the lead. 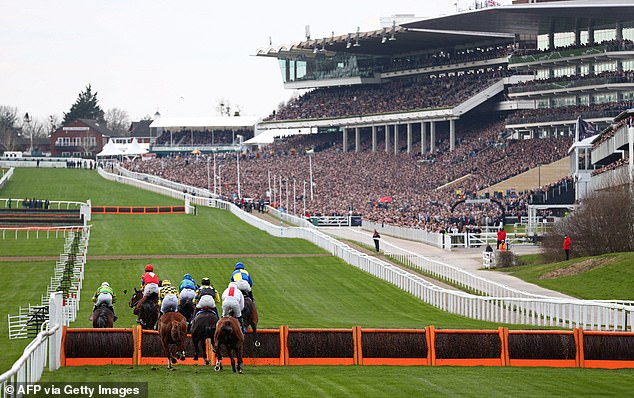 No other horse got into the race, with Kilcruit staying on to take minor honours another two and a half lengths away, as Henderson won the Supreme for a fifth time.

De Boinville said: ‘I knew it was going to be fast and furious and in fairness he did it like a piece of work. I was so happy going to the last. He could be anything, I’m sure he’d jump a fence as well. He’s got so much scope.

‘I didn’t really have a choice (to go for home when he did), he was travelling so well. They’ve gone a really hard gallop and he’s just picked the bridle up. I’m delighted for his owner Michael Buckley, he’ll be ecstatic.

‘What a way to start the week, what a legend.’