‘Why water when you’ve got a wet day forecast?’: Champion trainer Paul Nicholls questions the decision to water the track ahead of a rain-soaked day two at the Cheltenham Festival

Controversial watering of the ground ahead of persistent rain yesterday resulted in day two of the Cheltenham Festival turning into a damp squib rather than a glorious celebration of jump racing.

As the going description turned from good to soft with good patches on the Cross Country Course to heavy, champion trainer Paul Nicholls questioned why clerk of the course Jon Pullin, officiating at his first Festival, had decided to water after racing on Tuesday — with rain forecast. 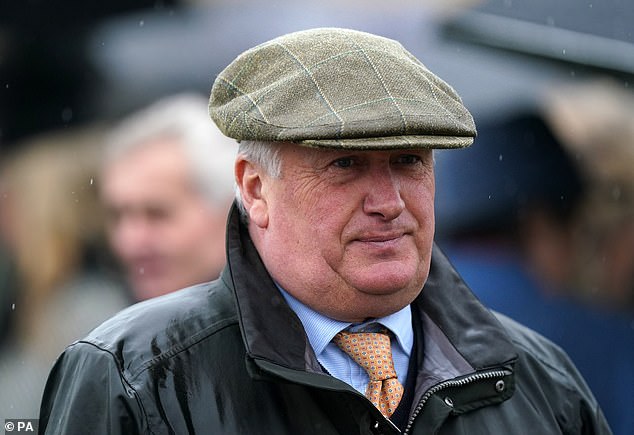 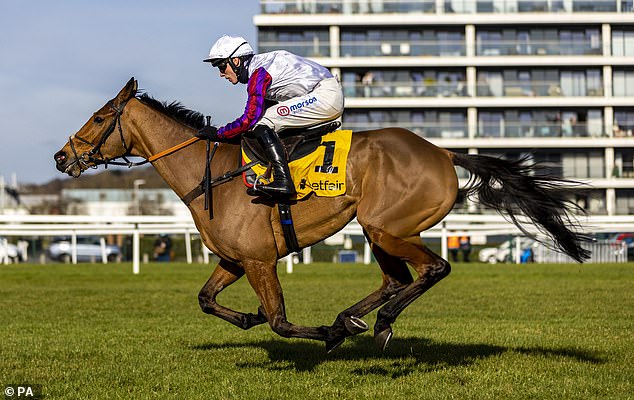 The unexpected attritional conditions were also blamed by Nicky Henderson for Champion Chase odds-on favourite Shishkin being pulled up by Nico de Boinville before he had even reached halfway.

What had been built up as the contest of the meeting felt like an anti-climax despite a decisive win from Willie Mullins- trained Energumene.

Delta Work might have showed the heart of a lion to battle home by three-quarters of a length in the Glenfarclas Cross Country Chase but the problem was he beat Gordon Elliott-trained stablemate Tiger Roll. 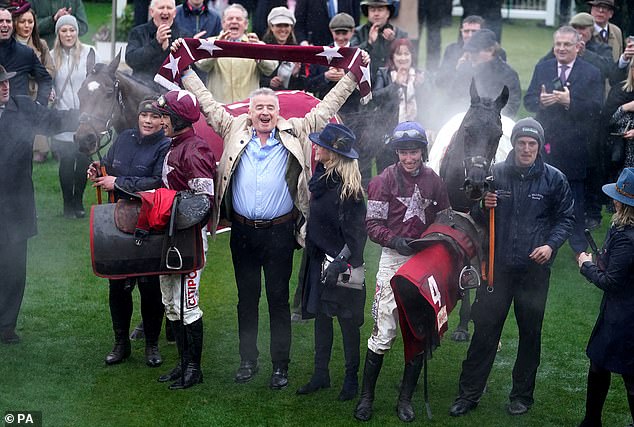 The dual Grand National winner and best known horse in jump racing loathes heavy going but looked like he was going to fittingly win on his final start, registering a glorious record-equalling sixth Festival win.

But in the final painful few strides victory was snatched from Davy Russell’s mount by the Jack Kennedy-ridden 5-2 shot.

It was a sweet and sour moment that spectators — many of whom had spent the afternoon crammed into overcrowded bars sheltering from the rain — will never forget.

Pullin will long remember his first Festival too — it has proved to be a baptism of fire and water.

In his defence he was in a difficult position on Tuesday night, the sharp focus on equine welfare which accompanies the modern-day Festival meaning avoiding ground that gets too fast is his No1 priority.

Pullin said: ‘There has been nothing consistent about this forecast all week, which meant we had to have a look at watering last night. It was an uncertain forecast and, if this rain hadn’t appeared, it would have been quick ground.’

But Nicholls questioned the decision, saying: ‘From Sunday on the forecast said it was going to be a very wet day — why water when you’ve got a wet day forecast? I actually rang (fellow trainer) Dan Skelton and said “I hope they’re not going to do too much watering, we’re going to be wet on Wednesday’’.

‘We were both a bit disappointed and now it’s happened and the ground has gone testing.’

Henderson said he too could understand Pullin’s decision but that did not make the performance of Shishkin in the Champion Chase any less deflating. 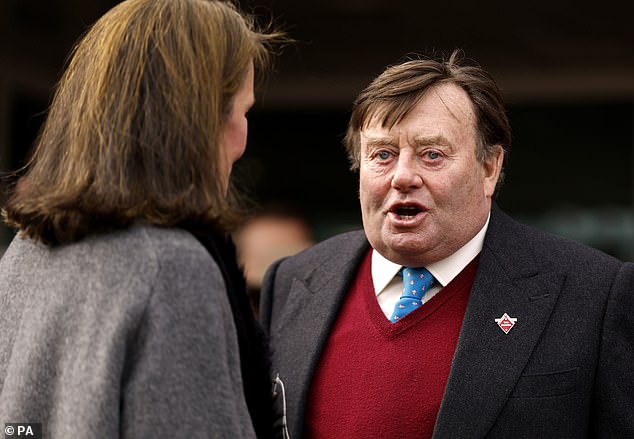 The question of what might have been was even more frustrating given Chacun Pour Soi, the other big Mullins contender, unseated the trainer’s amateur jockey son Patrick with a bad mistake five out.

Shishkin, the 5-6 favourite, had never previously been beaten in seven chases and had triumphed over Paul Townend-ridden Energumene in a thrilling clash at Ascot in January.

But he might as well have been wearing wellies, so laboured was his galloping as he passed the grandstand first time.

Henderson said: ‘He couldn’t get out of that ground going to the first fence, let alone anything else. Nico was right (to pull him up).

‘There was no point subjecting him to any more of that. You go or you don’t in this ground.’

One of the people happy it was pouring down in the Cotswolds was Tony Bloom, owner of mud-loving Energumene and of Brighton & Hove Albion. ‘It’s great to be at Cheltenham and we are loving the rain,’ he said.

Michael O’Leary, chief executive of Ryanair and owner of both his beloved Tiger Roll and Delta Work, looked like he didn’t know whether to sing or cry after the Cross Country Chase.

O’Leary said: ‘It’s hard not to feel disappointed. It would have been just a magical fairytale. On ground that didn’t suit him Tiger Roll went out on his shield.’

‘He certainly did. An umbrella would have been more use though.’