Trainer Ryan Potter believes Jetoile has the ability to make a massive statement for his emerging stable in Saturday’s feature Grade One Tolworth Hurdle at Sandown.

The 33-year-old from County Tyrone is based at the Caradoc stables where John Edwards trained a host of well-known horses including Yahoo, runner-up to Desert Orchid in the 1989 Cheltenham Gold Cup, and Pearlyman, a two-time winner (1987 and 1988) of the Queen Mother Champion Chase.

But if Jetoile can shake up the Nicky Henderson-trained odds-on favourite and leading Supreme Novices’ Hurdle contender Constitution Hill, it would be a first step in Potter’s ambition to return the glory days to his stable near Ross-On-Wye in Herefordshire. 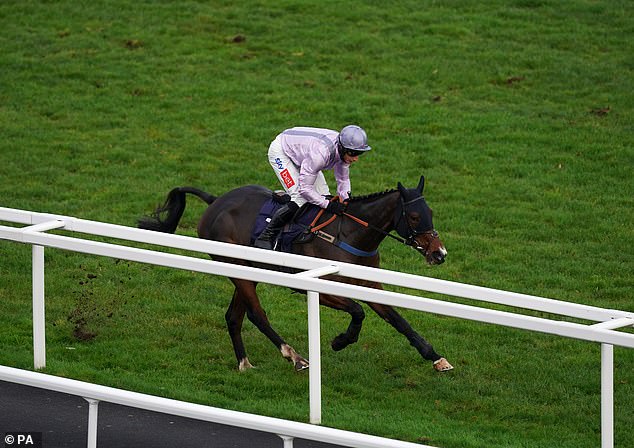 Jetoile was third at 80-1 on his debut for Potter at Cheltenham in October behind two horses who have both won again.

He went on to win at a maiden hurdle at Chepstow by almost 10 lengths before defying a penalty to land a novice event at Leicester.

Potter, who has made no secret of his high regard for Jetoile, said: ‘It is big ask for the horse, I am under no false illusions. I know he needs to improve again but I think he has. If you take the favourite out, it is a very open race. We came away from Cheltenham disappointed, even though he was a massive price. I thought he would win but it was a learning curve for him.

‘I think he will thrive on the (testing) ground. Leicester was soft and it gets really tacky there and he thrived on it.’ 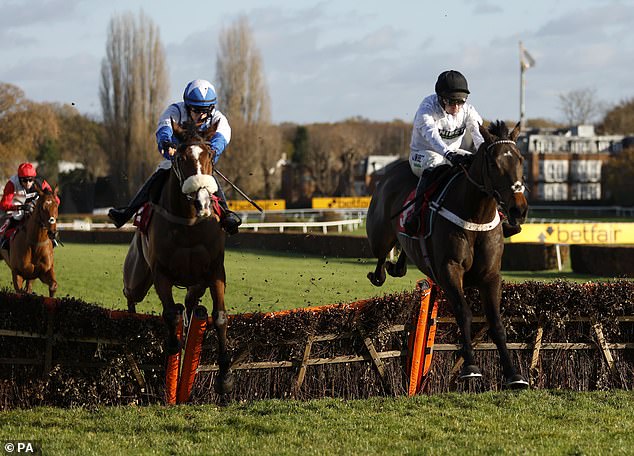 Potter came to Britain to become an apprentice farrier aged 17. He still works as a blacksmith but his focus is on building up Caradoc, having had seven winners so far this season.

Potter, who is in his first full season with a licence, added: ‘The yard had been sat empty for a few years. It needed tidying up and a bit of work done to it but the gallops were still fine. There is plenty of history there and if we could start to bring in a few winners it would be brilliant.

‘We only have 16 in but we have an exciting bunch of lovely young horses, a lot of horses which haven’t run yet.

‘I have two good lads working for me in my farrier business and I am in the yard in the morning and shoeing horses in the afternoons. I sleep well at night!’