The Queen does not have a runner at Epsom next Saturday to try and to land the dream result in the Platinum Jubilee Derby but there is little doubt that it will give her great pleasure if Desert Crown can win.

The 7-4 favourite will be trying to win the most coveted prize in British Flat racing for Sir Michael Stoute, the trainer who has provided the Queen with more than 100 winners.

Stoute went close to giving the Queen the Derby victory that has always eluded her when Carlton House was third in 2011. As a knowledgeable student of the sport of kings, the Queen will know all too well what a sixth Derby win would mean to 76-year-old Stoute. 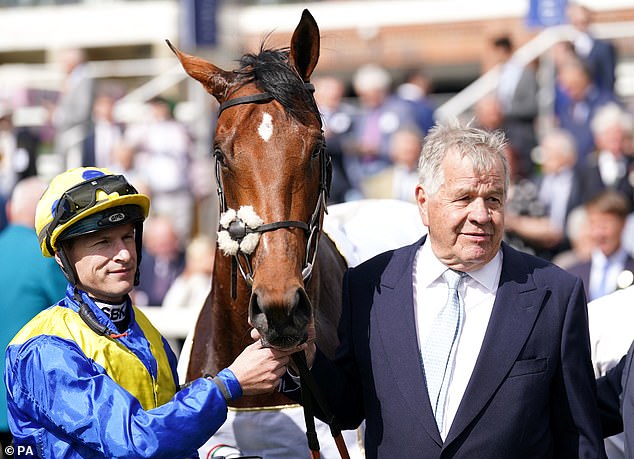 For the last couple of years following the death of his long-time partner Coral Pritchard-Gordon in 2020, Stoute has been seldom seen on the racecourse.

The string of thoroughbreds at the 10-time champion trainer’s Newmarket stables is healthy but well down on peak figures.

Twelve years after Workforce gave Stoute his fifth Derby winner, and without a runner in the showpiece event since 2016, some were beginning to wonder if his hopes of adding to an Epsom roll of honour headed by his 1981 triumph with Shergar were over.

But if Desert Crown could win him the Derby again, the Epsom crowd would surely give Stoute an electrifying reception.

Stoute, who does not do emotion, at least not in public, said: ‘I can’t remember if I sat down and thought, I don’t know if I will ever win the Derby again. You just move on and you train what you have got. You can get surprises, you can get disappointments.’

Asked if he has contemplated retirement, he said: ‘I’ve probably thought about it for the last 30 years! If you have a very bad day, you think, “Do I really need this?’’ You have very disappointing days but I hope my enthusiasm remains undiminished. 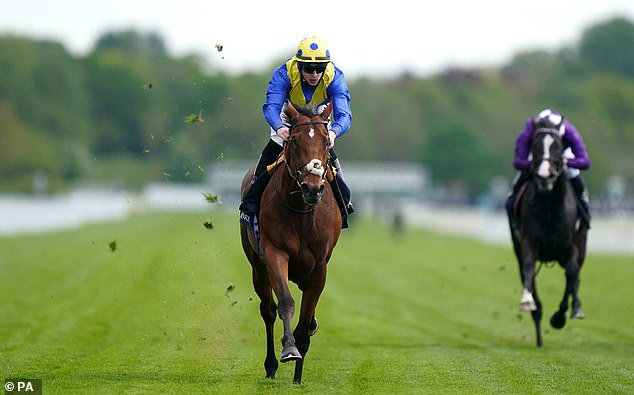 ‘I hope I am doing the job all right. The numbers are reduced and we have a smaller unit. We’ll see what happen and play it off the wicket.’

The phrase is a reminder that the Barbadian who came to Britain in 1964 as a horse-mad teenager to work as an assistant for Malton trainer Pat Rohan, loves his cricket 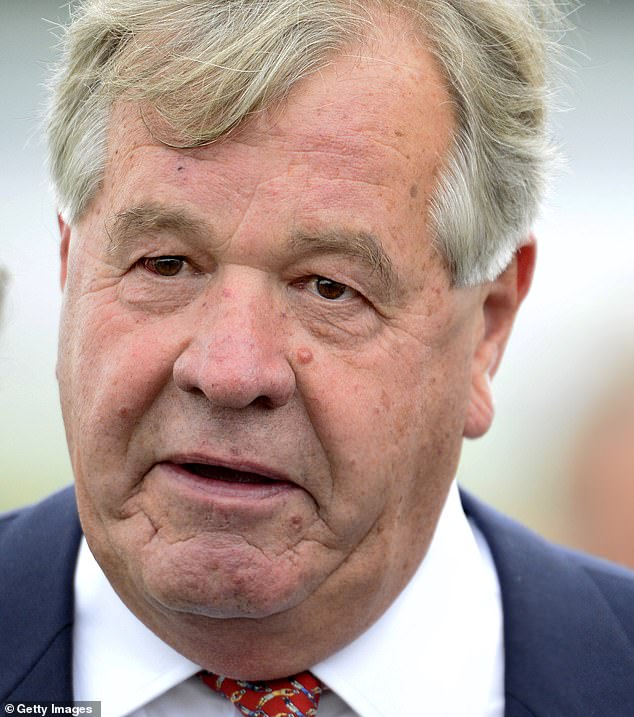 He also loves a cricket analogy. He is keen to stress he is very much ‘not out’ when competing with the ‘young pups’ who are now his neighbouring trainers in Newmarket.

Those younger colleagues might knock him for six when it comes to slicker PR but Stoute has five decades of training experience and knows a potential Derby winner when he sees one. 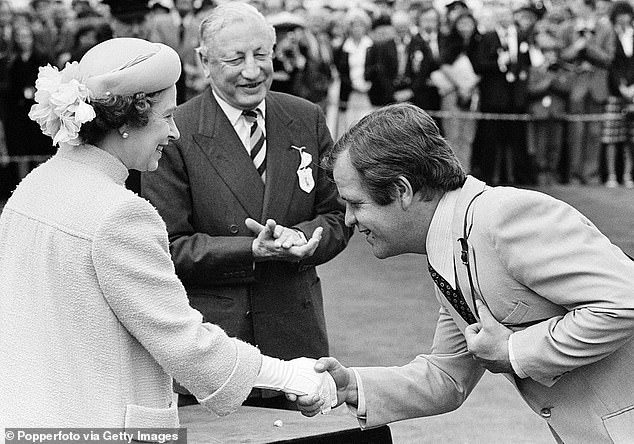 That did not take much spotting when Shergar, still the record 10-length winner, came along and landed him his first Derby when he was 35. ‘Shergar was a machine,’ Stoute said. ‘He had a wonderful temperament in addition to being a really well-balanced medium-sized athlete.’

In contrast, Desert Crown, ridden by Richard Kingscote, is laid back and understated on the gallops But when he gets to the track, the instinct to run faster than the rest is triggered. 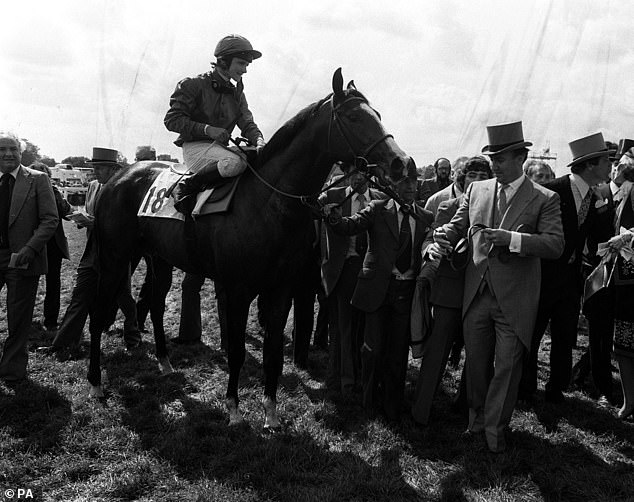 Stoute described Shergar as a ‘machine’ and praised his ‘wonderful temperament’

Desert Crown was an unconsidered 11-1 shot when he won a Nottingham maiden by five lengths on his debut in November.

Stoute then warned the colt was only just ready to return after a bruised hoof had disrupted his training before he landed this month’s Dante Stakes at York.

It looked like the outstanding performance in this season’s Derby trials, but Stoute knows nothing can be taken for granted around the unique gradients that make the Epsom Downs such a challenge.

‘It was a good performance in a good time in the Dante that puts him in the reckoning. He is probably the most inexperienced horse I have taken to the race, but he has a good mind.

‘You are uptight with any horse going into a big race. I may seem a bit more chilled out but I could be pretending!’