Trainer Charlie Appleby believes the first chance for 2,000 Guineas winner Coroebus to race around a bend in Tuesday’s St James’s Palace Stakes will work in his favour.

All four runs in the career of Coroebus have been on Newmarket’s straight courses.

Appleby said: ‘I think going round a bend will suit him. He is a strong traveller and if anything from a jockey’s point of view they have had to count to five before allowing him to make his move. 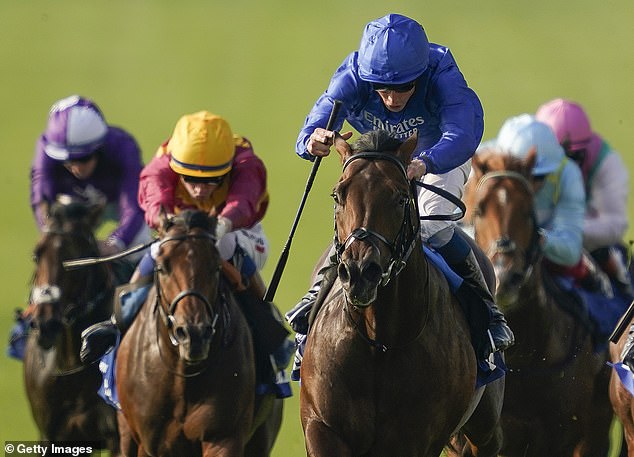 ‘Going round a turn might allow him to come back behind the bridle so the jockey can ride more of a race on him.’

Waller said: ‘Royal Ascot is something unique and it will all be about which horse copes with the occasion and the pressure of the race.

‘Golden Pal is very good and very quick but I doubt he will have been under the pressure he is about to be under, with the same applying to our horses as well. These races make champions and talking points.’

Both Nature Strip and stablemate Home Affairs, who runs in next Saturday’s Platinum Jubilee Stakes, had work-outs at Ascot.