Up-and-coming Newmarket trainer Tom Clover will attempt a giantkilling in Saturday’s Cazoo Oaks at Epsom with Rogue Millennium, who is part-owned by a man who created one of the biggest upsets in FA Cup history.

The unbeaten filly runs for the Rogues Gallery syndicate which includes Vinnie Jones, the footballer turned actor who was part of the Wimbledon team who famously beat a star-studded Liverpool team in the 1988 Wembley final.

Runners trained by John and Thady Gosden and Aidan O’Brien, who between them have won the last eight editions of the Oaks, dominate the entries again. 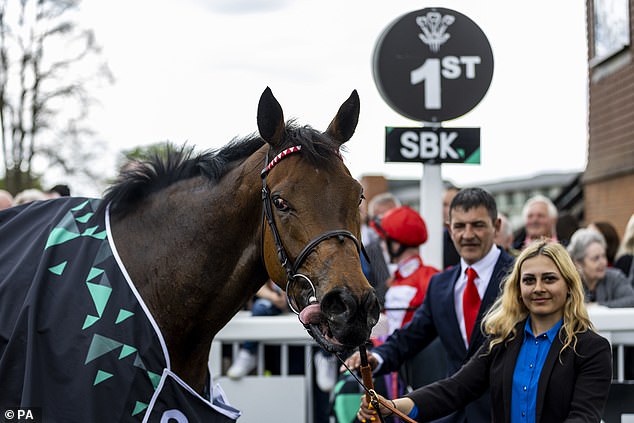 Rogue Millennium’s story is even more unlikely because she is a second-hand racehorse bought for 35,000 guineas in November as the racing empire of the late Sheik Hamdan Al Maktoum was reduced.

But wins at Wetherby and in last month’s Oaks Trial at Epsom have persuaded her owners to pay £30,000 to add her to the Classic line-up.

Clover said: ‘She did really well through the winter and still seems to be improving. I’m delighted to pick up a filly for 35 grand who has a great chance in the Oaks. 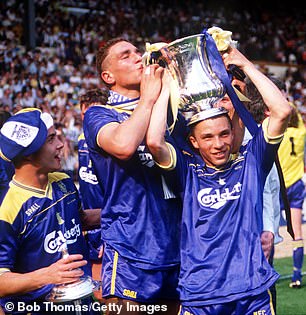 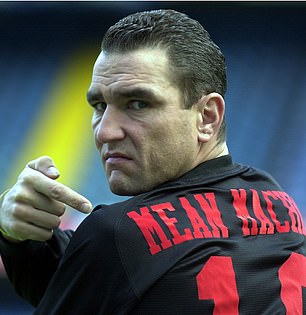 ‘Her former trainer Marcus Tregoning recommended her. Her mum Hawaafez won the mile-and-a-half Cumberland Lodge Stakes at Ascot on soft ground and she is by a cracking sire in Dubawi, so she stays well which is a big thing in her favour. The Rogues Gallery are great people who love their racing. Vinnie is very entertaining, larger than life as you would expect.

‘I have met him a couple of times. He’s pretty busy working at the moment so I don’t know if he will be there on Friday.’

There is recent history of a Shadwell cast-off winning a Classic. Makfi, also trained by Tregoning, was sold as an unraced two-year-old for 26,000 guineas in 2009 before winning the following year’s 2,000 Guineas for French trainer Mikel Delzangles.