Can’t keep a good woman down! Rachael Blackmore incredibly recovers from her horse falling at the second-last hurdle to WIN at Cheltenham after staying on-board

By Sam Blitz For Mailonline

Rachael Blackmore brilliantly held on to Gin & Lime to win at the Cheltenham races on Friday despite rival horse My Drogo falling at the penultimate hurdle which put her and her horse off.

Blackmore was competing alongside Harry Skelton and My Drogo at the end of the 2m4f Novice Chase on Friday when her rival stumbled over the final hurdle and unseated the jockey, which caused some temporary havoc.

The Irish jockey sensationally sat Gin & Lime on the ground, with Blackmore somehow managing to stay in the saddle before heaving the Henry De Bromhead horse back up to continue the race. 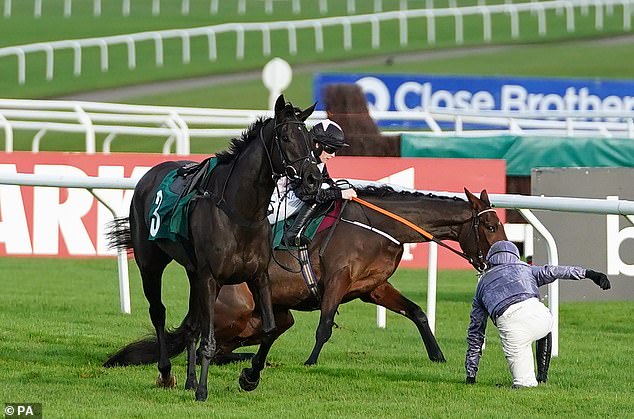 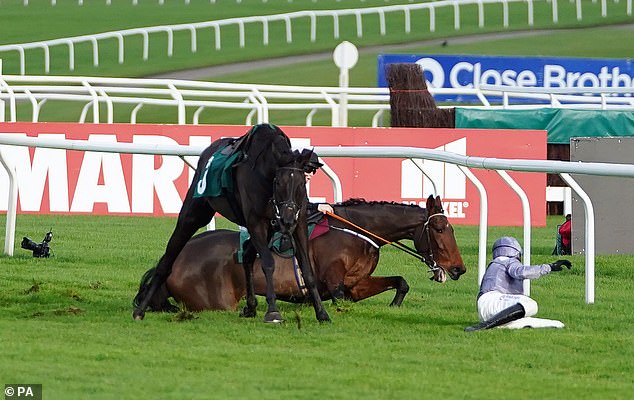 Blackmore’s rival, My Drogo, fell at the penultimate hurdle and unseated Harry Skelton (right), forcing the Irish jockey to sit Gin & Lime on the ground 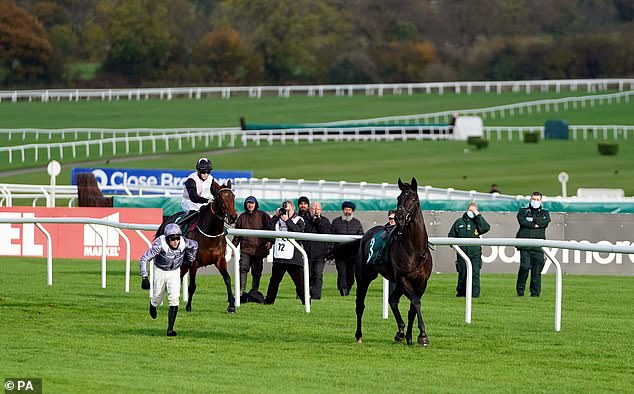 With Gin & Lime slowly trotting in the seconds after My Drogo’s fall, which forced jockey Skelton to be temporarily in the way of the seated Blackmore, the 32-year-old generated enough pace to clear the final hurdle and sprint towards the finish line unchallenged.

‘It wasn’t that difficult (to sit),’ Blackmore said after the race. ‘It was very strange, a two-horse race, it just shows you that anything can happen.

‘Harry loomed up beside me and I thought he was going to go away from me at the second-last. She was so honest to get up and keep going like that, she was incredible. 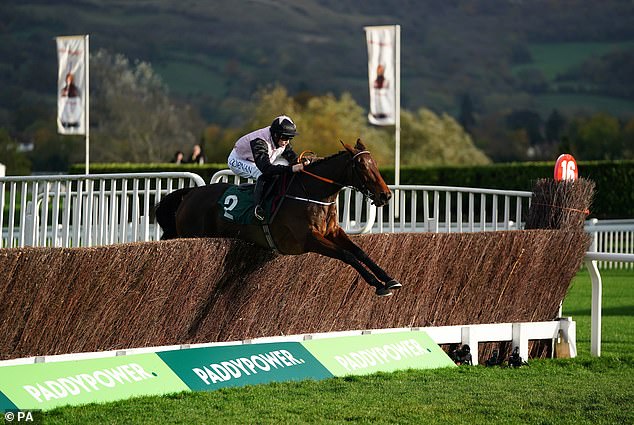 ‘Such honesty from her to do that, she didn’t put in the best round of jumping. There’s lot going on around the place and she wasn’t sure where she was going. It was so incredibly honest of the mare to do that.’

Trainer de Bromhead added: ‘It was mad, wasn’t it? We looked beaten, I don’t think the favourite deserved it (to fall) at all, he’d jumped brilliantly throughout. It’s one of those things you don’t expect to see, but it worked out in our favour.

‘Obviously many days out in the hunting field stood her in good stead there, she was brilliant. You wouldn’t believe it would you?’

Gin & Lime was 7/4 to win Friday’s Novice Chase with Skelton’s My Drogo, trained by Harry’s brother Dan, the favourite at 4/9. 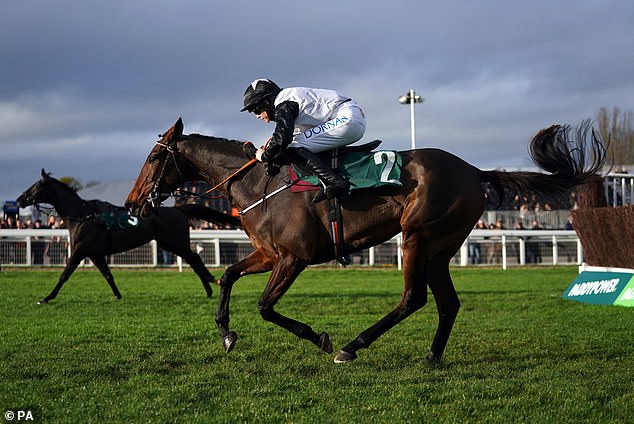 ‘He jumped the fence fine and knuckled down on landing. You saw what happened,’ the disappointed jockey told Racing TV. ‘I was delighted with him the whole way round.

‘He jumped beautifully. He was a bit big at a couple down the back. He jumped the ditch at the top of the hill better than the mare. He came there on the bridle and would have won. We all know that, but at least he’s all right. I’m totally relaxed about it.

‘Frustrated he’s ended up not completing the race and that goes on his record, but that doesn’t mean he’s a lesser horse. He cantered up the straight.

‘He’s gone a nice, strong gallop, which is unusual in a two-horse race. Fair play to Rachael staying on. She made a similar mistake. That’s racing. We move on.’