Constitution Hill, vying for favouritism with stablemate Jonbon in the ante-post lists for the Supreme Novices’ Hurdle at Cheltenham, will look to strengthen his credentials in Saturday’s Unibet Tolworth Hurdle at Sandown.

Trained by Nicky Henderson, the five-year-old made a sparkling debut in a novice hurdle at the Esher venue on his UK bow, a performance which has prompted Saturday’s sponsors to install him as a long odds-on favourite to take the step up to Grade One company in his stride. 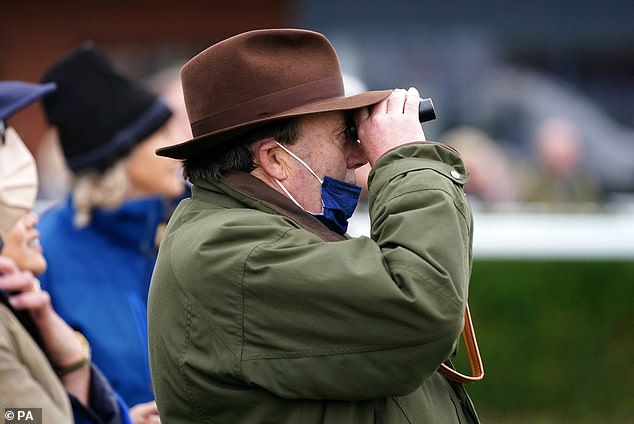 Constitution Hill will face a maximum of eight rivals at Sandown with trainer Jamie Snowdon keen to pitch recent Cheltenham winner Datsalrightgino in at the deep end against Henderson’s classy hurdler.

Snowden said: ‘Datsalrightgino is two from two over hurdles.

‘Obviously the Cheltenham win was great and it’s always been the plan to come here. He’s a lovely young horse who we’ve always thought a lot of. Obviously he’s got to step forward again in this company, but he goes there in great order.’