Charlie Appleby’s Native Trail will seek to emulate National Stakes success when he takes on up to 10 rivals in the Irish 2,000 Guineas at the Curragh

Native Trail will return to the scene of his marquee juvenile success when he tackles up to 10 rivals in the Tattersalls Irish 2,000 Guineas at the Curragh on Saturday.

An impressive winner of the National Stakes last season, the champion juvenile of 2021 will bid to go one better than in the Qipco 2,000 Guineas when narrowly beaten by Godolphin stablemate Coroebus.

The charge of Charlie Appleby is one of only two British challengers, along with Andrew Balding’s Imperial Fighter, who finished third in the Burradon Stakes at Newcastle on his first start of 2022. 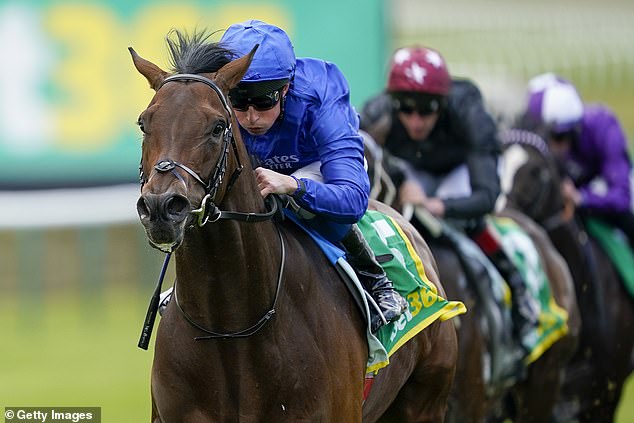 The home team is headed by the Joseph O’Brien-trained Buckaroo, who was narrowly beaten by leading Derby hope Piz Badile in the Ballysax at Leopardstown before impressively reverting to a mile in the Tetrarch Stakes over this weekend’s course and distance. Aidan O’Brien could saddle The Acropolis and Ivy League in his bid for a 12th victory in the race.

Owner Saeed Suhail’s racing manager Bruce Raymond said: ‘I’ve seen all his work and what I can say is he will improve from York. He’s a very worthy favourite. I think he’ll act on the track, I don’t think he’ll have any problems there at all.’