Nahanni added his name to the Charlie Appleby-trained Derby team with victory in the ‘win-and-you’re-in’ Blue Riband Trial at Epsom.

William Buick’s mount dug deep to hold off fast-finishing Grand Alliance by half a length after looking likely to be overwhelmed a furlong out.

Nahanni, having only his fourth race, is now guaranteed a berth in the £1.5million Cazoo Derby on June 4. 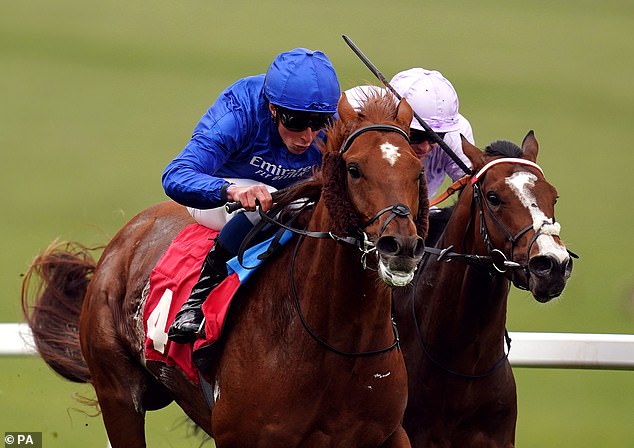 Tuesday’s race was over 1m 2f but Nahanni’s three previous runs have been over the Derby distance of a mile and a half.

Appleby said: ‘I’m pleased with that effort. We were very much having a feel of where we were with this horse. We know he gets the trip and he has now ticked the box of handling the track.

‘The likelihood is we will probably head straight to the Derby with him.’

Buick added: ‘Every time something came to him, he went again. It was the most competitive race he has ever encountered and he had to fight for it, so he has learnt plenty.’ 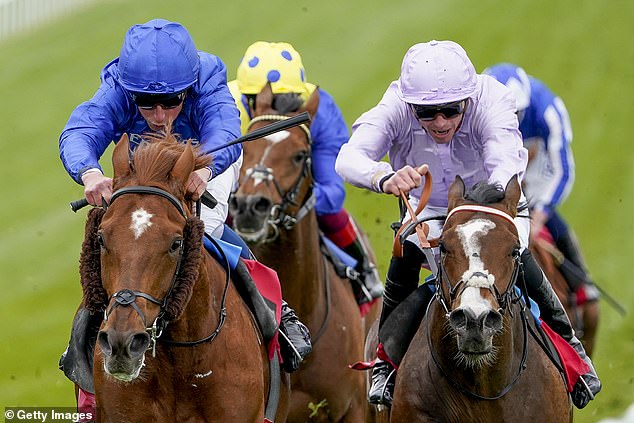 The son of Frankel is now guaranteed a berth in the £1.5m Cazoo Derby on June 4

Appleby has strength in depth for the Derby. Nahanni, a 25-1 shot and son of Frankel, joins a list of Epsom possibles headed by the stable’s 2,000 Guineas candidates Native Trail and Coroebus. They are joined by New London, an impressive winner at Newmarket last week, Walk Of Stars, who won at Newbury last Sunday, and Goldspur, due to line up in Friday’s Bet365 Classic Trial at Sandown.

The Derby picture is currently dominated by potential runners trained by Appleby and Aidan O’Brien.

John and Thady Gosden-trained Reach For The Moon, the 2021 Solario Stakes winner who would be a fascinating Derby runner for the Queen in her Platinum Jubilee year, is facing a race against time to be ready for the Classic after he suffered an injury late last year.

The current aim is to get him a trial run in the Dante Stakes at York on May 12.