Michael Owen says a win for Dubawi Legend in Saturday’s Qipco 2,000 Guineas at Newmarket would be a massive boost to the plans for his expanding Manor House stable in Cheshire.

Dubawi Legend, a 16-1 chance and one of the 19 remaining entries for the first Classic of the season, is the highest profile horse trainer Hugo Palmer has brought with him after relocating from Newmarket to the North West to replace Tom Dascombe.

The switch has seen the horses in Owen’s stable leap from 85 to more than 140 and the former England striker has embarked on a series of phased upgrades to the 170-acre site with the aim of turning the operation from a mid-table Premier League operator to title contenders. 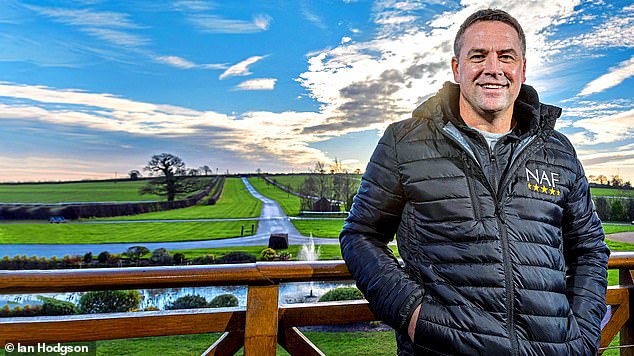 Michael Owen has high hopes for Dubawi Legend in Saturday’s 2,000 Guineas at Newmarket

Owen said: ‘It is hugely exciting that we will have a runner in one of the biggest races in the world and a thrill for the yard to have a horse of the quality of Dubawi Legend on the gallops every day. Those sort of horses have an aura about them.

‘Hugo knows how to win the race. He has done it before (with Galileo Gold in 2016). It is where we want to be as a business and stable. Whatever I do I have to feel strongly about it. My life basically revolves around football, horses and my kids. I am passionate about them all.

‘I set up the stable 18 years ago and would like to think in another 18 years it will look totally different to how it is now — bigger and better.’

Owen has bought out the financial partner in his racing business, Andrew Black, one of the founders of the betting exchange Betfair. He said: ‘When I first set it up I had 20 horses and 12 of them were mine. We have changed the dial somewhat. 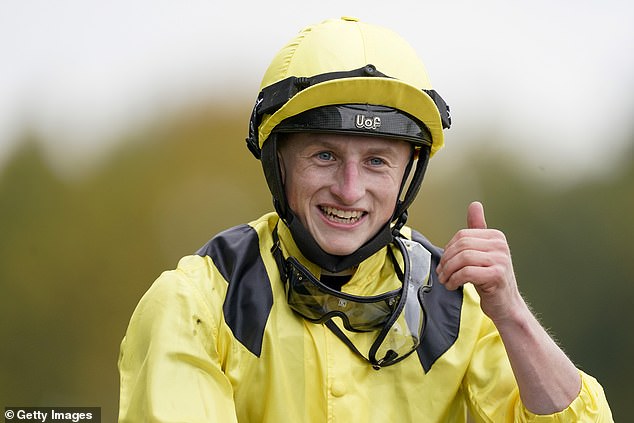 ‘I get out of bed every morning thinking how can we make this place better. In my mind I had almost finished my investment but then an opportunity like this to expand comes along. It is almost a kickstart again. There are big dreams.’

The trainer said: ‘We have two lengths to find on Dewhurst Stakes form. Dubawi Legend has grown and filled out. His turn of foot and change of gear is what is exciting about him. I think he would win Galileo Gold’s Guineas but it is a different year, a different time.’

Palmer and Owen hope to find out whether they have a colt worthy of running in the Derby in June when Mr McCann runs in the Dee Stakes at Chester next week.

The three-time winner is owned by a syndicate made up of Liverpool footballers James Milner, Alex Oxlade-Chamberlain, Jordan Henderson, Andrew Robertson and Trent Alexander-Arnold, and former Anfield midfielder Adam Lallana.

The colt, who earned an entry in the Derby with a win in the wildcard race at Epsom in September, cost £65,000. Owen said: ‘I keep telling them they don’t know how lucky they are. They must think success like this is normal.’