MARCUS TOWNEND: Bryony Frost felt isolated after lodging a complaint over alleged campaign of intimidation and bullying… rider exposed himself to her and thought it was funny

Bryony Frost claimed on Wednesday that lodging a complaint with the British Horseracing Authority over alleged bullying by fellow jockey Robbie Dunne had left her isolated in the weighing room.

Britain’s most successful female jockey said the reason she was not being publicly supported by her fellow female jockeys was because some feared speaking out would damage their careers.

Evidence from Frost — including the explosive claim that Dunne exposed himself to her — took up the majority of day two of the BHA disciplinary hearing in which 36-year-old Dunne is charged with conducting a campaign of intimidation and bullying against Frost back to 2017.

When asked by Dunne’s representative Roderick Moore QC why other female jockeys did not have the same recollection of events, an emotional Frost — who at times wiped away tears as her voice wavered with emotion — said: ‘They all have licences as well. They have to be in the weighing room. 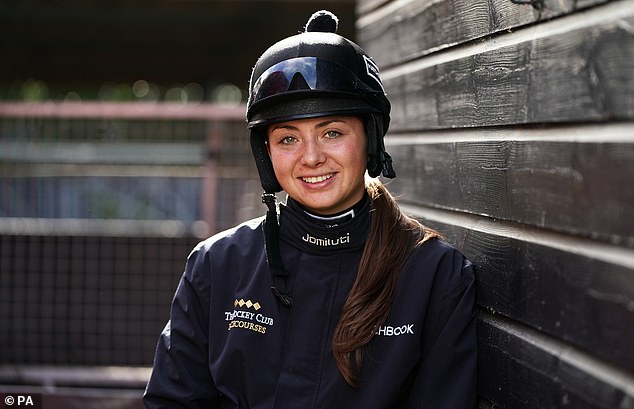 ‘Personally speaking, the isolation I have found from speaking out, I wouldn’t wish it on anyone. I feel they are protecting themselves and staying neutral.

‘If you are asking me if I believe they are being honest, how do I know? But they all hold licences — it may be a case of looking after yourself.’

Statements were read to the hearing from Bridget and Gina Andrews, Page Fuller, Lilly Pinchin and Millie Wonnacott. While their comments included that Dunne could be ‘childish’ and ‘not to everyone’s taste’, none admitted to seeing inappropriate behaviour.

Frost, 26, said the fact Wonnacott worked for Neil Mulholland, the same trainer as Dunne, could have coloured her statement.

‘I feel there is pressure and being scared to speak honestly because of repercussions,’ said Frost. ‘For her (Millie’s) personal sake and career, she was probably talking to protect herself.’ 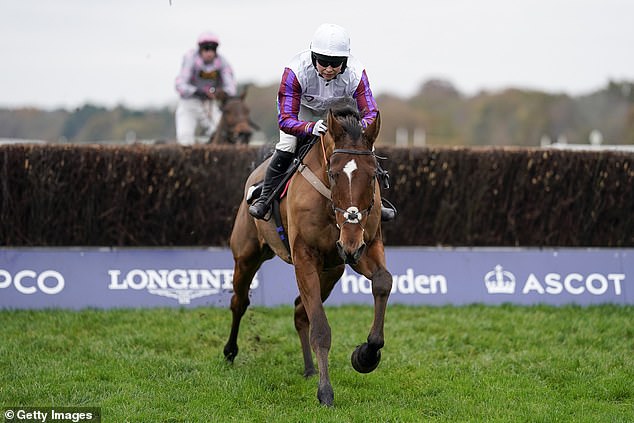 Frost claimed Dunne once bent jockey Lucy Barry over a table and simulated a sexual act on her — something denied by Barry.

Frost also alleged that Dunne deliberately paraded nude in front of her. He denied this and said he could only recall being naked when walking from the weighing room sauna to the scales.

But Frost said: ‘I remember Robbie through my amateur career being inappropriate to many of us. I remember him opening his towel and shaking himself in front of us at one point, thinking it was funny.’

The hearing was also read a statement from jockey Lucy Gardner recalling a conversation between her and Frost at Exeter. Gardner said: ‘I always got on with Bryony. I have no problem with her but I don’t agree with what has happened about Robbie. It should have been resolved a different way. I had a conversation with her and when I questioned her about taking action, she told me her publicist had said if the BHA don’t take action they will go to the press.’

Frost denied saying she was considering going to the press and added: ‘I asked her what I should have done and she said, “You could’ve just smacked him”.’ 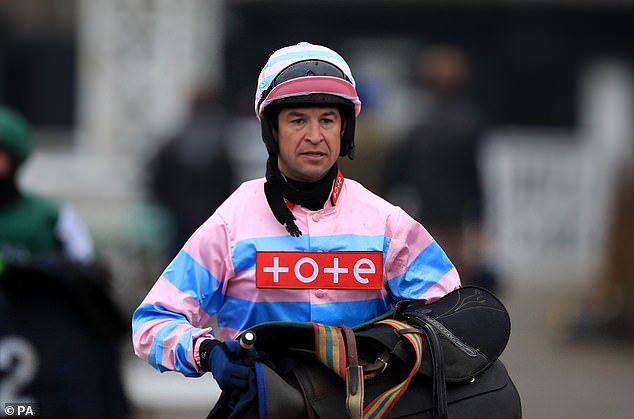 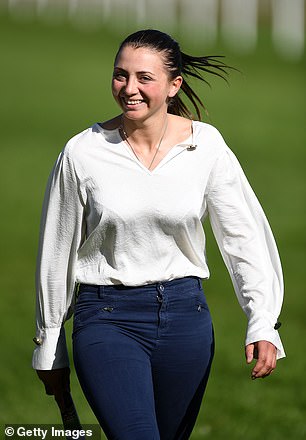 Frost felt isolated after lodging a complaint over alleged bullying

Dunne has accepted a charge that he was verbally abusive and threatening towards Frost at Southwell on September 3, when he angrily blamed her riding for the fatal fall of his mount Cillian’s Well.

He denies similar charges relating to races at Stratford and Uttoxeter, as well as conduct prejudicial to horseracing.

Dunne is accused of telling Frost he would force her through the wing of a fence to ‘teach her a lesson’ in the incident at Southwell. Recalling the threat, Frost said there was ‘only so much you can take’, and, ‘He said it to me in such a way that I believed him.’

When quizzed by Mr Moore why fellow jockey Tom Scudamore, who had been one of those to witness the incident, had described the outburst as ‘nothing out of the ordinary’, Frost said the pair’s relationship had since deteriorated.

‘Since this has all come out, he (Tom) hasn’t spoken one word to me. We used to share lifts to racing and now he wouldn’t even say hello to me in the weighing room,’ said Frost.

He admitted that he had tried to get his daughter and Dunne to resolve their differences with the help of valet Chris Maude and former champion jockey Richard Johnson in a meeting at Kempton in February, which ultimately never took place. He denied saying the pair ‘needed their heads banging together’.