Lisnagar Oscar will show support for Ukraine by wearing custom blue and yellow silks at the Cheltenham Festival… as the 2020 Stayers’ Hurdle winner ditches green, yellow and black

Lisnagar Oscar will wear custom blue-and-yellow silks representing the flag of Ukraine when he bids to win the Stayers’ Hurdle at the Cheltenham Festival for a second time.

The syndicate which owns the Rebecca Curtis-trained gelding — who normally runs in green, yellow and black silks — are hoping their move will raise awareness of the fundraising that will take place over the four days of the Festival, with proceeds helping to relieve the humanitarian crisis in Ukraine.

Roy Hyde, one of the seven-strong Racing For Fun syndicate who own Lisnagar Oscar, said: ‘We are delighted to be able to show our support and raise awareness of the charitable activities in this unique way. 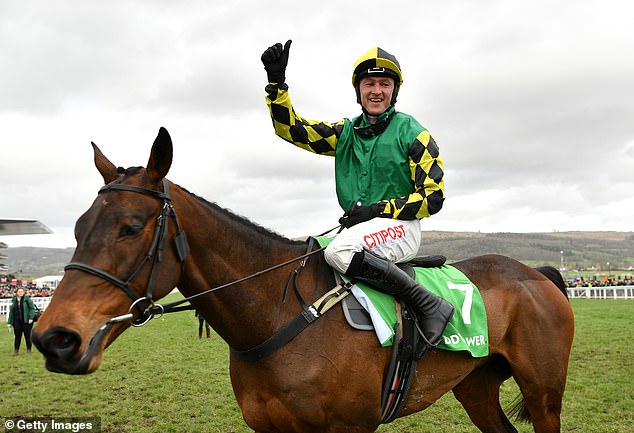 ‘It may only be a grain of sand but if lots of these things keep happening, then who knows what effect they will have?’

Lisnagar Oscar was a 50-1 winner of the 2020 Stayers’ Hurdle and fell at the seventh hurdle in last year’s race.

He ran his best race of the season when third behind two of Thursday’s rivals — Paisley Park and Champ — in the Cleeve Hurdle at January’s Cheltenham Trials meeting.

Curtis said: ‘It’s a great idea to wear the Ukraine silks. The horse showed he was coming back to his best in the Cleeve Hurdle and has been in good form since. Adam Wedge will ride again.’ 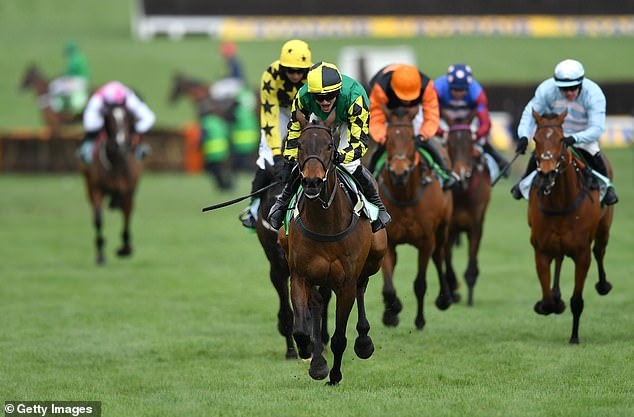 Jockey Club Racecourses, owners of Cheltenham, have already made a donation to the British Red Cross’s Ukraine Appeal.

There will be a bucket collection for the charity on day one of the Festival, on Tuesday, with it being promoted throughout the meeting via the big-screen displays, tannoy announcements and in the racecard.

Lisnagar Oscar is currently a 33-1 shot to regain his crown after 13 runners were left in the Stayers’ Hurdle at yesterday’s penultimate declaration stage.