Jonbon was cut to 9-4 favourite for the Sky Bet Supreme Novices’ Hurdle after an authoritative win at Ascot which gave Nicky Henderson a lift after rising star Buzz fractured a pelvis.

On a day of mixed emotions for the trainer, Jonbon’s ground-devouring stride proved too much for a talented set of rivals in the Grade Two Kennel Gate Hurdle, headed by Grade-One placed Colonel Mustard and previously unbeaten Knappers Hill.

Jonbon is likely to have one more run before the Cheltenham Festival in March but the brilliance of his performance could not shake off the trainer’s despondency about Buzz. 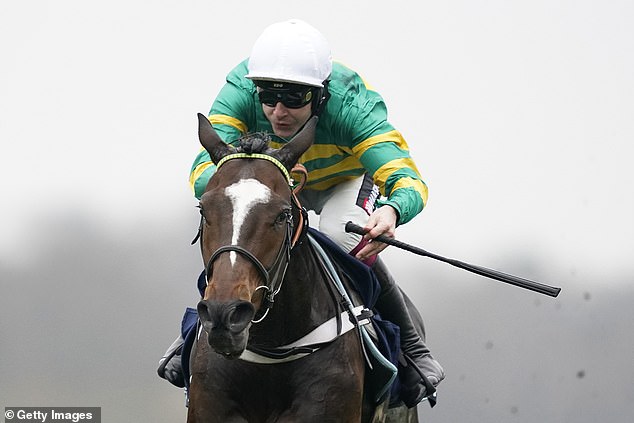 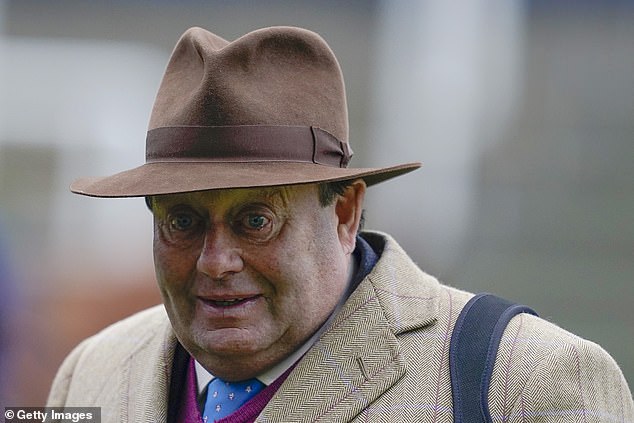 The grey gelding, who won the Cesarewitch Handicap on the Flat at Newmarket in October, was having his final piece of exercise before starting favourite for this afternoon’s Long Walk Hurdle when injury struck.

He was facing a crucial period in his recovery and is set for a long spell on the sidelines. Henderson said: ‘The first 48 hours is the crucial time in case they have an internal haemorrhage. If he gets through that he has a good chance of recovery.

‘We will have to keep him as still as we can and he has been a brilliant patient so far. This was always going to be a huge weekend and Buzz and Jonbon were the big tests — if they came through they were going to the Cheltenham Festival as favourites.

‘It was a bad morning, heart- breaking, and then you get something which brings your heart back. That was special from Jonbon. 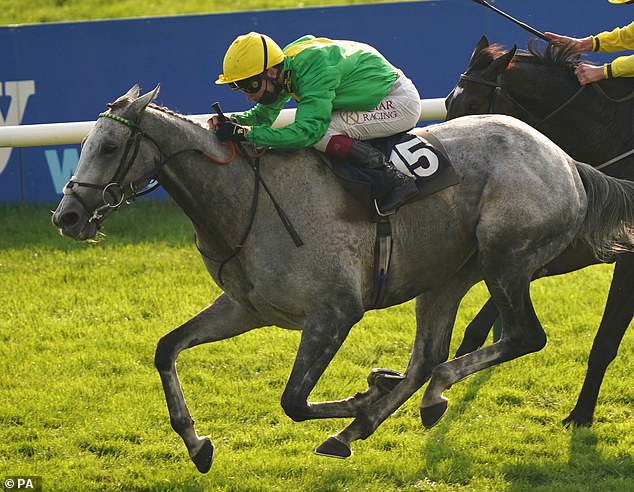 ‘He is extraordinarily professional for a horse with so little experience. He had them off the bridle a long way out because his cruising speed is so high.’

Meanwhile, Shishkin galloped yesterday with 2020 Champion Hurdler Epatante but Henderson said a decision about whether he can make his belated seasonal debut in the Desert Orchid Chase at Kempton on December 27 will not be made until after he works again on Tuesday.