With winners at the meeting in each of the last two years, the spotlight will be on Hollie Doyle again at Royal Ascot this week.

Big hope Trueshan looks like being ruled out of Thursday’s Gold Cup because the ground will be too firm, but Doyle has a string of chances starting with Bradsell in this afternoon’s Coventry Stakes.

It has already been a momentous year for Britain’s most successful female Flat jockey. 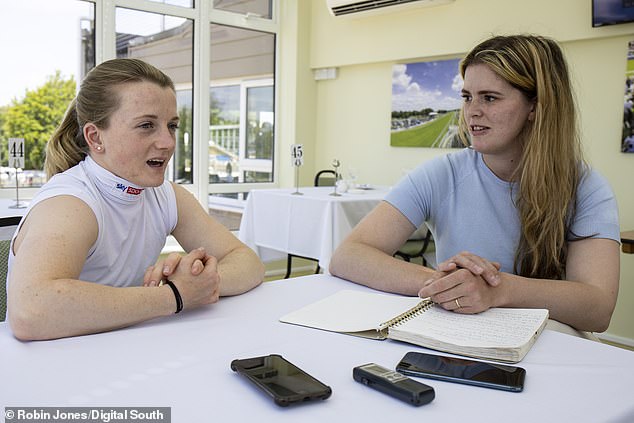 The 25-year-old has ridden more winners than anyone in 2022 and achieved the best finish for a female rider in a British Classic when she came third in the Oaks on Nashwa.

LIZZIE KELLY: Like the Cheltenham Festival for me, you must feel a special buzz going into Royal Ascot week.

HOLLIE DOYLE: At these big meetings everyone is so enthusiastic — your family wants to come! But I am going to work. It is not about having fun for me.

I want to get on the quality horses at the big meetings but this week has shown how hard that is. You simply can’t just pick up a spare ride in Group One races at Royal Ascot if the people you work for don’t have them.

LK: You must have spent as much time looking at the weather forecast as the formbook in the last few days! Trueshan is arguably the top stayer in training. How disappointing will it be if fast ground rules him out of Thursday’s Gold Cup for the second year running? 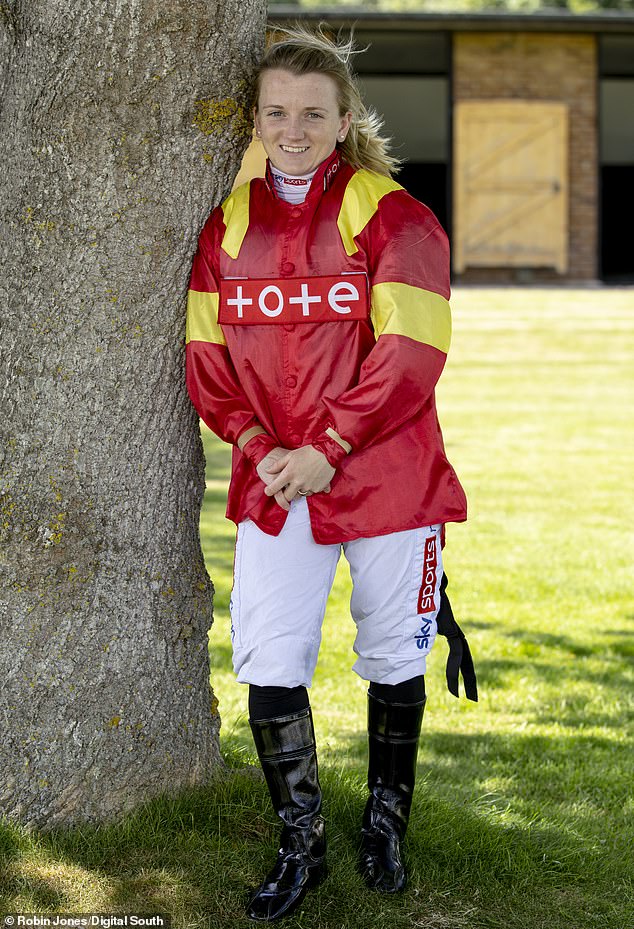 Doyle has a string of chances this week, starting with Bradsell in Tuesday’s Coventry Stakes

HD: It will be frustrating but his trainer Alan King has stuck to only running him if it is his ground. If he runs, it is a bonus. But even if you are on a 25-1 chance you think you have half a chance. Anything can happen.

I ride Scaramanga for Paul Nicholls in the Ascot Stakes. He will definitely stay the trip and I have picked up the ride Certain Lad for Mick Channon in the Wolferton Stakes. He is a 33-1 shot but a good ride, although he would probably like a bit more juice in the ground.

Tempus could run a big race in the Royal Hunt Cup. He has a big handicap win in him and the large field should suit him.

LK: Your success means you are always in the spotlight and presented as a role model. That is something Rachael Blackmore doesn’t always seem comfortable with and I was the same. Have you got used to it?

HD: I have the same view as you and Rachael but I have got used to it — I have had to. It can be frustrating sometimes because, for me, every day I am doing the same thing as all the lads.

I used to find it really awkward. Sometimes I feel a bit of added pressure compared to if I was a lad in the same situation.

After I was third in the Oaks (on June 3), someone asked me how it felt and I said, ‘I didn’t win’. They asked me because I was the first girl to finish third in a Classic but it doesn’t make any difference to me. 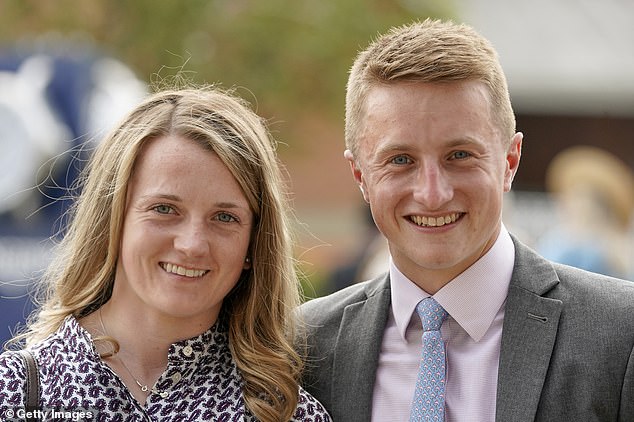 It has been a whirlwind year for Doyle, who married fellow jockey Tom Marquand in March

That sort of thing is frustrating. Because I am a girl, sometimes things are hyped up to be better than they are.

But I do realise I am a role model and the thing I like is speaking to young girls at races.

LK: Your career has gone to the next level over the last couple of seasons and there has been talk of being champion jockey. Is that realistic and what are your goals?

HD: I want to ride a Classic winner and ride in the Derby. I would love to be champion jockey one day but I know that is unlikely. I am currently in fourth place in the championship and people go on about it at the start of the year but that is more because it is a romantic idea.

It would be nice but you need everything to be right. I am not sure how I can compete with Will Buick and Oisin Murphy when he returns from suspension.

But I want to keep progressing — that’s probably not good for me because I am never pleased. I always want to do better. I can see Tom (husband) being champion jockey within the next five years. So hopefully one of us, if not both, could be before I retire! 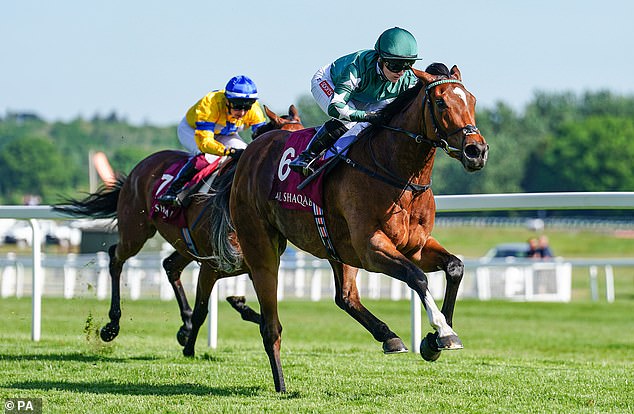 The 25-year-old riding Nashwa, who she came third in the Epsom Oaks with earlier this month

LK: You got married in March. What was that like?

HD: We got married on the Monday because we couldn’t do it at the weekend because there was racing! It’s mental.

I didn’t meet the caterers or anyone. I just looked at lists and said that, that and that, and sent pictures.

We didn’t have a massive wedding but I wouldn’t rely on my Mum or expect anybody to do anything for me.

It was back at home in Herefordshire, which was harder because we live near Hungerford, so it was not like I could pop up the road to the venue. It was all over email and phone. It was a good day and a chance to see all my family in a day. For the honeymoon we went to Oman for three days and then on the Friday went to ride in Dubai.

LK: Your schedule is ridiculous. Last week you rode at Chelmsford, Haydock, Hamilton, Leicester, Pontefract and Salisbury, as well as Belmont in New York. When do you and Tom see each other and how do you switch off?

HD: We just get on with it. We are rarely at home together. Tom switches off really well and he has loads of other hobbies other than riding, whereas I don’t. 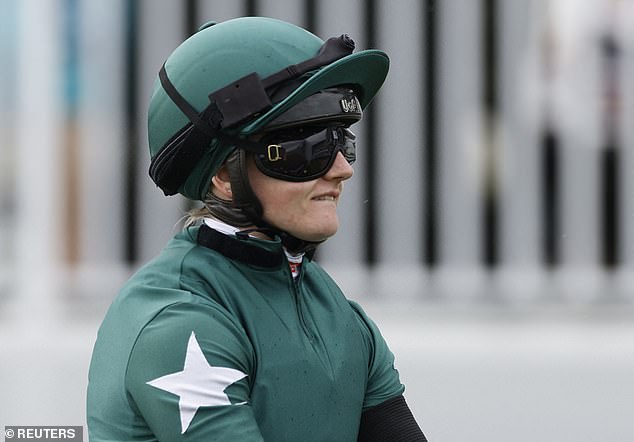 I am more intense with everything. He probably finds that quite annoying! When we are at home we try to avoid talking racing.

I am a bit of a lunatic. When I got back from America on Saturday I started cleaning the house for two hours before I went racing. I think I’ve got OCD or something!

When I am stressed I tend to think something like, ‘I will clean the whole house’. Maybe that is my way of switching off. It’s a bit weird.

There are eight QIPCO British Champions Series races at Royal Ascot this week, with every race of the meeting live on ITV. For more information go to britishchampionsseries.com