Grand National-winning trainer Ted Walsh has said it was a case of ‘wrong place at the wrong time’ after he was caught up in a raid on a premises in Ireland where remedies banned for use in racehorses were allegedly seized on Tuesday.

Walsh, father of well-known jockeys Ruby and Katie, denies ever administering a banned substance to any of his horses or allowing it to be done by a third party.

He said he was delivering a horse from Britain to a therapist for treatment at the farm in County Kildare during the raid by the Department of Agriculture. 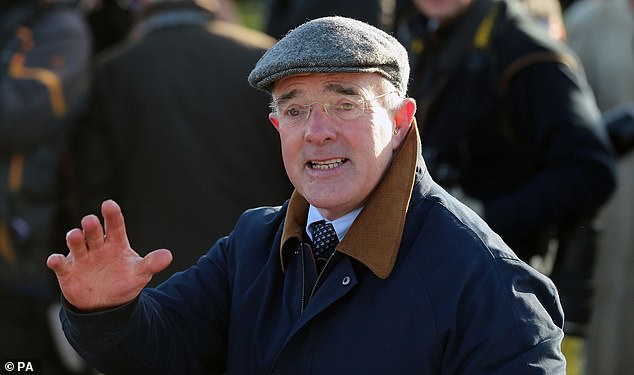 Speaking to Ireland’s RTE, for whom he works as a pundit, Walsh said: ‘It’s a bad old thing for racing. I’m sorry that someone as high profile as me was even there. To cast a shadow on the game. I can’t do anything about that now. I drove in, I was there.

‘The horse had a slight tendon injury and he had done a similar job on horses for me before, most notably Seabass.

‘I’m 71 and I haven’t had that many winners but we’ve had plenty of old winners. I’ve never in my life, nor my father before me, had a horse come up positive for anything. I often wish I had something to make them go f***ing quicker.’