By Charlotte Daly For Mailonline

Tiger Roll will be retiring at the end of this week’s Cheltenham festival following a storied career that saw him win back-to-back Grand Nationals in 2017 and 2018.

Tiger Roll – who also has a remarkable record at Cheltenham, having previously won five races at the festival – will be celebrated during the four day event in the Cotswolds.

Paddy Power have kicked off the celebrations in style by erecting a giant retirement card inside the racecourse for fans and punters to sign. 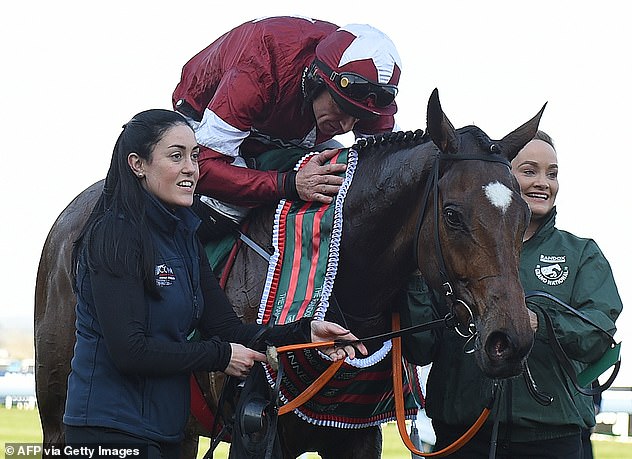 The legendary Tiger Roll will be retired after the four-day festival, which takes place this week

Fans will have the opportunity to say farewell to Tiger Roll by personally signing the enormous card, which stands at 10ft in height and 14ft wide.

Those who can’t be there in person can contribute their message via Twitter using the hashtag #FarewellTigerRoll.

Speaking about Tiger Roll’s retirement, a spokesman for Paddy Power said: ‘He might have cost us dearly over the course of his career, but it was worth every penny to see how this horse captured the hearts and imaginations of racing fans. 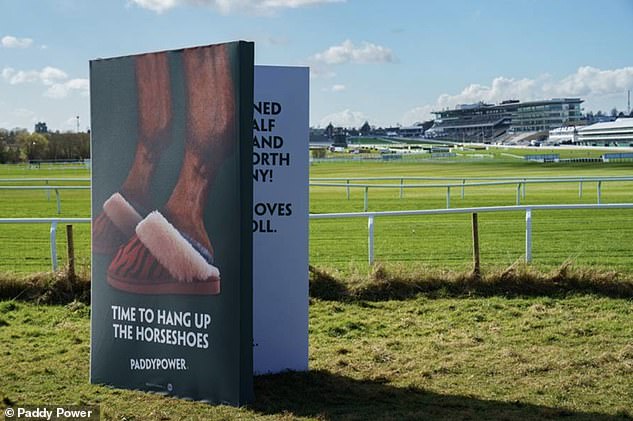 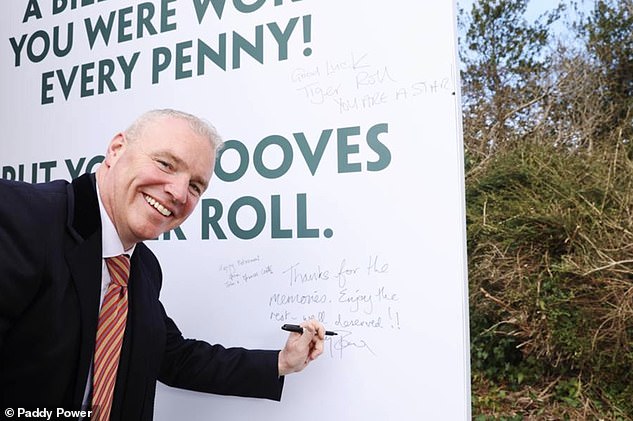 ‘But I must confess, while his retirement is a bittersweet day for most, it can’t come quick enough for us bookies. So, we sent him this supersized special delivery in the hope his connections won’t have any second thoughts!’

Having been purchased as ‘an afterthought’ for £10,000 by trainer Gordon Elliott, Tiger Roll went on to win back-to-back Grand Nationals in 2017 and 2018.

He earned over £1.4million in prize money over the course of his career, and secured five back-to-back wins at the Cheltenham festival.

He had been due to have a crack at equalling Red Rum’s record hat-trick in the English National, but a row with the UK handicapper saw owner O’Leary pull his horse out of contention. 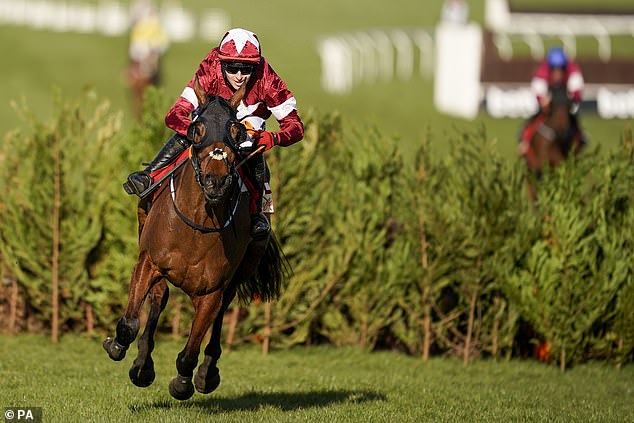 Tiger Roll also has an excellent record at the Cheltenham Festival, having won five races there 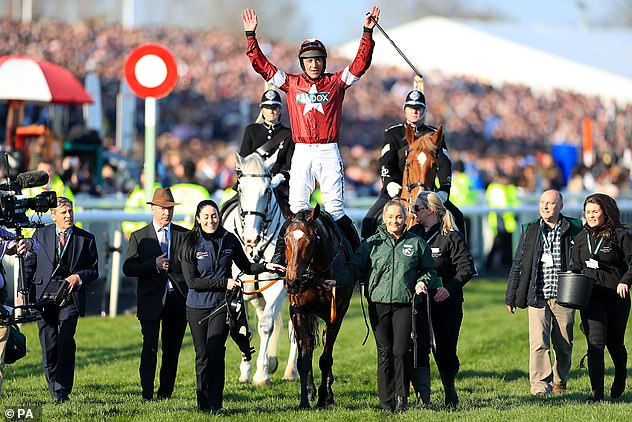 He previously outlined the reasoning behind his absence as he hit out at Tiger Roll’s handicap rating of 161.

‘I believe that’s an idiotic and absurd handicap rating,’ he told the Racing Debate, as quoted by Sky Sports.

‘This handicapper has now prevented the most popular horse in training running in the Grand National two years in a row. He has ruined a huge promotional opportunity that’s available to Aintree and the Grand National by having Tiger Roll trying to emulate Red Rum.

‘You cannot defy age. He will not be in the Grand National by the time he runs in the cross country – he’s coming out at the next forfeit stage.’