A reunion between Frankie Dettori and John Gosden will happen just over three weeks after it was announced their partnership was being put on hold when the Italian rides Emily Upjohn in the Irish Oaks on July 16.

In the aftermath of a disastrous Royal Ascot, including a ill-judged ride by Dettori on Stradivarius in the Gold Cup, Gosden announced he and his stable jockey were taking a ‘sabbatical’.

Few believed that fracture in the relationship was not permanent. But subsequent comments from Gosden, who trains in partnership, have highlighted that the trainer was frustrated by his main jockey’s lack of focus and the amount the 51-year-old was riding, a part-timer compared to his main jockey rivals. 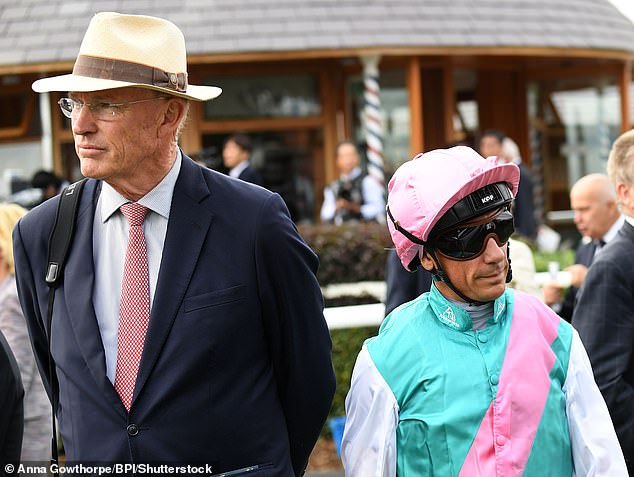 Seemingly another reason for tensions was Dettori’s ride on Emily Upjohn in the Cazoo Oaks at Epsom when she slipped at the start losing ground and then went round the whole field only to be narrowly beaten by Tuesday.

Dettori rode Emily Upjohn in a workout early on Tuesday morning on the Newmarket July course and Gosden said that would be repeated in the Irish Classic as well as hinting there is a way back for Dettori.

Gosden said: ‘The less we say about Epsom the better. The track was no problem at Epsom, she didn’t mind the track at all. You just can’t get left and sweep around the whole field. I don’t want to talk about that anymore as it is over and gone. 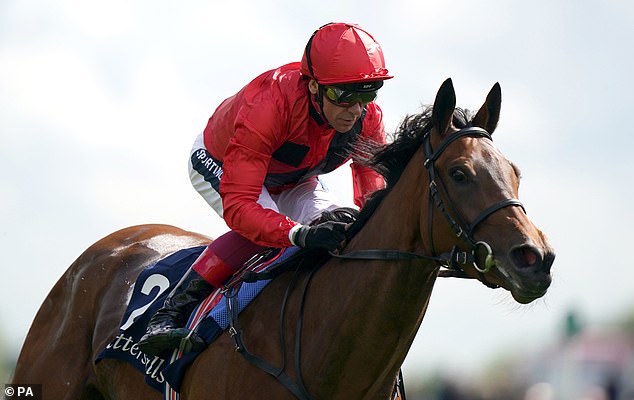 ‘Frankie has been up here riding work. The plan is for him to ride her in the Irish Oaks that’s why he was up here this morning.

‘You know what it is all about. I need a jockey that focuses. It can’t be a part time job.

‘As it was pointed out at Wimbledon Rafa Nadal practises the most and the hardest in the mornings. That is what it is all about and that is very clear.

‘I said I’m pleased the way Frankie has got on with it and getting rides everywhere else. It is exactly what I wanted to see. 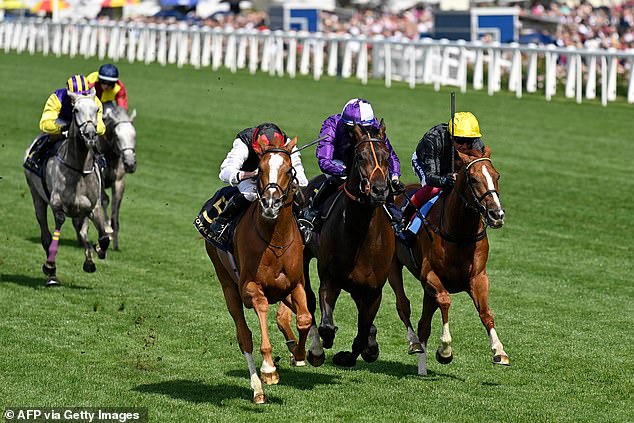 After a disastrous Royal Ascot, including a ill-judged ride by Dettori on Stradivarius in the Gold Cup (right), Gosden announced he and his stable jockey were taking a ‘sabbatical’

‘He has rather taken a lot of pride in how few mounts he has in a season. I’m very clear that working with him in the last seven years we have been very careful how we’ve managed it and the rides. He doesn’t need to be charging off to the small tracks. Those days are over. We did that in the 1990s together but I’m very clear we need to be more focused and a little less part time that is all.

‘That is what it is about and nothing else. That is all I’m going to say.’

Gosden said no decision has been made about who rides unbeaten Inspiral in Friday’s Falmouth Stakes at Newmarket.

Dettori is due to ride in America for Godolphin trainer Charlie Appleby on Saturday.