Racing takes a marked change of direction from Saturday’s breathless Grand National as Newmarket begins its Craven meeting on Tuesday.

The Lanwades Stud Nell Gwyn Stakes is the first Classic trial of the turf season for fillies and HELLO YOU (Newmarket, 3.35) could advance her Guineas claims.

The daughter of Invincible Spirit looked a potential star in the making when hacking up by six lengths on her Wolverhampton debut before she chased home Sandrine both in the Albany Stakes at Royal Ascot and in Newmarket’s Duchess Of Cambridge Stakes. 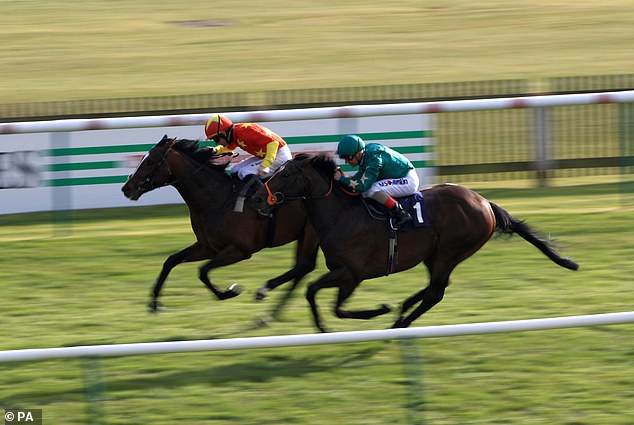 A switch from trainer Ralph Beckett to David Loughnane saw her equipped with a hood as she stepped up to seven furlongs when a creditable fourth in Group Three company at Goodwood.

It was at Tuesday’s venue however where she really made her mark last September when she quickened away from one of this afternoon’s rivals, Cachet, to land the Unibet Rockfel Stakes in style.

Cachet then finished a place in front of Hello You in the Breeders’ Cup Juvenile Fillies Turf, but a switch to the Rowley Mile may well see the Rockfel placings confirmed.

Cheltenham Festival winner Corach Rambler is set to bypass Monday’s Irish National and wait to run in the bet365 Gold Cup at Sandown on April 23.