By Mike Dickson for the Daily Mail

Nobody needed to tell Arkle-winning trainer Alan King about the context in which the Cheltenham Festival made its return to business as usual.

Back at his headquarters south of Swindon he has three Ukrainians working for the operation which delivered Edwardstone as the victor of the second race.

Although not present on Tuesday — they may be later this week — the trio of riders and stable lads were on his mind after he scored the 16th win at Cheltenham of his career, but his first since 2015. 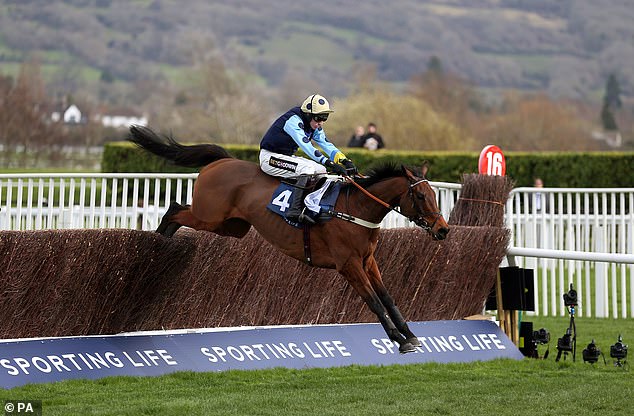 ‘We have been supporting them as much as we can but it’s difficult. You can’t comprehend what they must be going through, they all have family back there,’ said King.

‘They’ve been with me for seven or eight years and usually go back home every summer for three months. They are almost part of the family and I just feel so bad for them. We are raising money but you feel a bit helpless. This shouldn’t be happening in the 21st century.

‘After Covid and with what’s going on in Ukraine it’s great to see people back enjoying themselves.’ 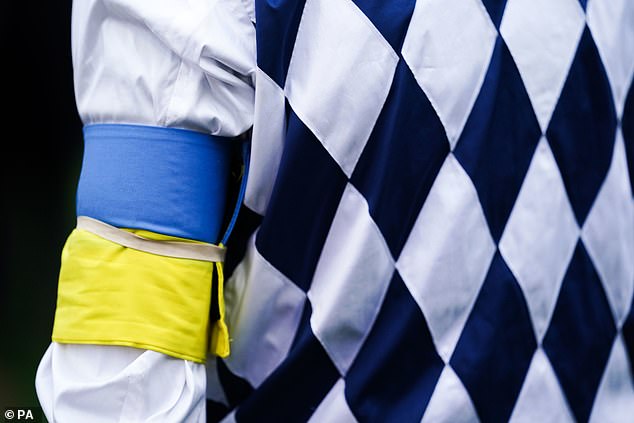 Certainly the first cohort of the bumper 275,000 spectators expected over the four days were intent on parking reality at the gates and revelling in the occasion. The confusion around a false start meant that the first race was met with a slightly muted roar, although that was no indicator. There cannot have been such an ear-splitting ovation at Prestbury Park as that which greeted Rachael Blackmore and Honeysuckle when they came home in the Champion Hurdle.

Yet everywhere there were reminders that these are still not normal times, two years after the controversial and faintly surreal meeting that managed to beat the pandemic shutdown by a short head.

There are only two racecourses in Ukraine, the main one being the Kyiv Central Hippodrome, but at Cheltenham there is a concerted effort to show solidarity with a country under siege. 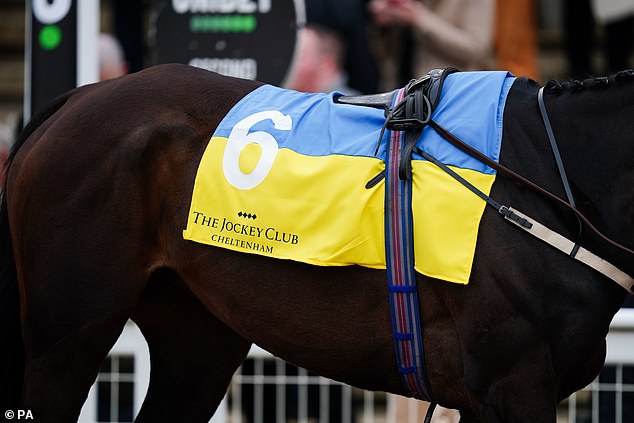 Two Ukrainian flags fluttered in the parade ring, which witnessed a performance of World In Union sung by soprano Laura Wright — a regular at Twickenham and Aintree — before the first race. Most of the jockeys, including the victorious Blackmore, wore blue and yellow armbands. Around the venue and down in the town there were collections for the British Red Cross Appeal raising relief funds.

Bringing up the rear on the first-day card was the renamed Ukraine Appeal National Hunt Chase, won by Stattler.

For all the laudable initiatives, the impression was that most of them may have flown over the heads of the record first-day crowd of nearly 69,000.

Long before the end the bacchanalian festivities were in full swing, the concourses heaving. After two years away, and with the world lurching straight from one crisis to the other, what most people seemed to desire above all was a much-needed blast of escapism.