By Isabel Baldwin For Mailonline and Ap

Emblem Road was a shock winner of the world’s richest horse race, the Saudi Cup in Riyadh on Saturday.

The Saudi-trained horse rallied with a wide, sweeping move on the outside to win the $20million (£14.9m) Saudi Cup at 80-1 odds.

Emblem Road beat Bob Baffert-trained Country Grammar by a half-length and beat out the US horse and Midnight Bourbon. 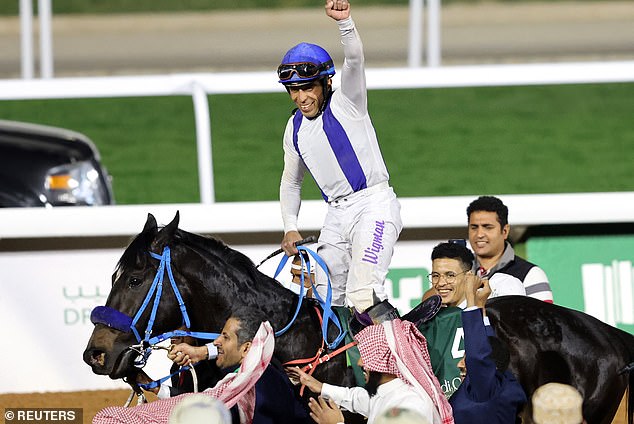 Emblem Road was a shock 80-1 winner of the world’s richest horse race, the Saudi Cup

Turning into the straight, the US-bred horse was only seventh and with half a furlong to run was still a length down but ultimately took the victory to earn $10m (£7.4m) for the win. 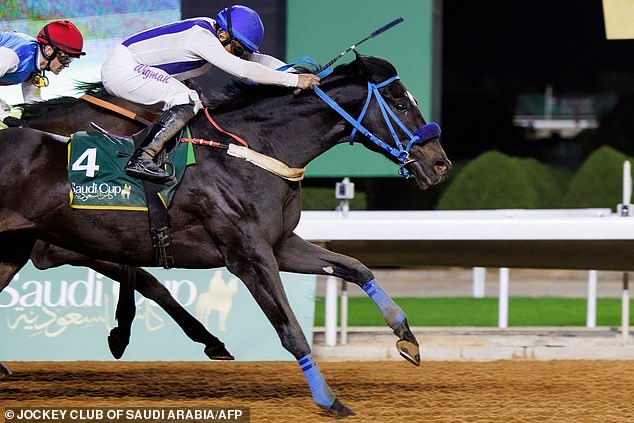 Emblem Road has seven wins in nine career starts. His sire, Quality Road, was a standout who won the Florida Derby and other Grade 1 races in the US.

Ridden by Flavien Prat, 5-year-old Country Grammar was coming off a 270-day layoff. He had not raced since winning the Hollywood Gold Cup last May. He earned $3.5m (£2.6m) for finishing second.

Baffert was handed a 90-day suspension by Kentucky racing officials that is set to begin March 8. He plans to appeal.