Derby favourite Luxembourg is a doubt for £1.5m Epsom showpiece next month after Aidan O’Brien’s colt suffers a leg injury in training

Derby favourite Luxembourg has suffered an injury scare in training, leaving a question mark over the colt’s participation at Epsom next month.

Trainer Aidan O’Brien said the horse, who finished third in the 2,000 Guineas at Newmarket last Saturday, was lame in his off hind leg after exercise on Friday.

O’Brien expects to give a further update in the next few days after investigations to identify the root of the problem. 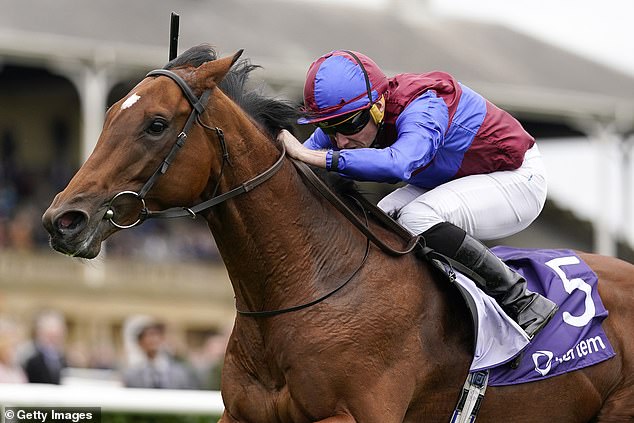 He said: ‘We’re not sure why just yet but wanted to let people know with the Derby coming soon. In a couple of days we’ll hopefully know a bit more and will issue a further update.’

Luxembourg has been favourite for the Derby since he won the Vertem Futurity Trophy at Doncaster in October. His Guineas run, where he stayed on purposely after looking in trouble at halfway, suggested the stamina test of the Derby will be ideal for him.

Any disruption to training with the Derby only four weeks away is significant and bookmakers eased Luxembourg’s odds from 2-1 to 3-1.

O’Brien and his No 1 jockey Ryan Moore had been enjoying a good week in the build-up to the Derby with wins for Changingoftheguard in the Chester Vase and Star Of India in the Dee Stakes. 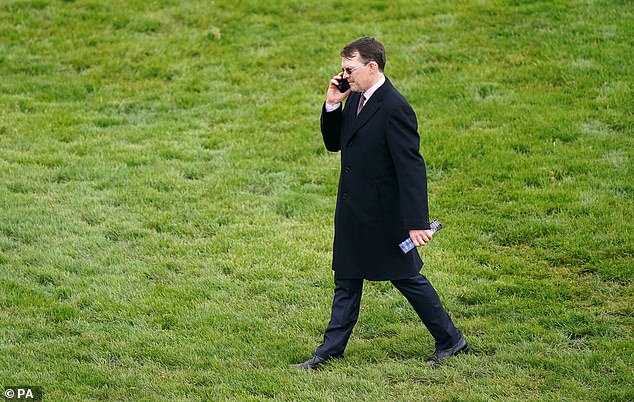 The victories were part of a remarkable haul at Chester’s May meeting. O’Brien claimed five wins from five runners, culminating in a first victory for both trainer and his jockey in the Chester Cup on Friday with Cleveland. Moore, whose tactical decisions all week were spot on, finished the three-day meeting with eight wins.

Four-year-old Cleveland, who responded generously when asked to pick off leader Coltrane to win by a neck, was running for only the fifth time.

He holds eye-catching Group One race entries in the 1m 4f Coronation Cup at Espom and the 2m 4f Ascot Gold Cup at the Royal meeting.

Focus this afternoon turns to Lingfield’s Derby Trial, where O’Brien and Moore are represented by United Nations, who looked like he wanted to step up to today’s mile-and-a-half when fourth to Nahanni in the 10f Blue Riband Stakes at Epsom.

Changingoftheguard has been cut to 6-1 from 10-1 for the Derby, while bookmakers also cut the odds of Piz Badile, trained by Donnacha O’Brien and winner of the Ballysax Stakes, to 7-1. That is the same price as the Charlie Appleby-trained Walk Of Stars, who lines up at Lingfield today.