Langer Dan will return this month to attempt the big-race double that eluded him last year. 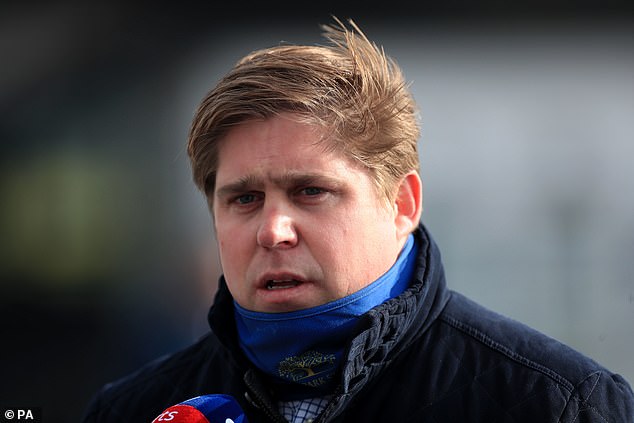 Skelton, who has pencilled Langer Dan in for a belated seasonal debut at Taunton in 11 days, said: ‘We bumped into a Grade One machine last season. Langer Dan was a little sensitive in his hind suspensory ligament and as we knew what we wanted, we thought to wait for the spring.’

She could bypass Cheltenham for Aintree’s Grade One Mersey Novices’ Hurdle, which Skelton won last year with My Drogo.