Joint-favourite Constitution Hill wins the opening race of the 2022 Cheltenham Festival, landing the Supreme Novices Hurdle ahead of Jonbon to give trainer Nicky Henderson a one-two finish

Constitution Hill led home a one-two for Nicky Henderson with an extraordinary performance in the Sky Bet Supreme Novices’ Hurdle at Cheltenham.

Sent off the 9-4 joint-favourite for the Festival opener, Nico de Boinville’s mount simply glided up the famous hill to account for stablemate Jonbon, with Willie Mullins’ Kilcruit well-beaten third. 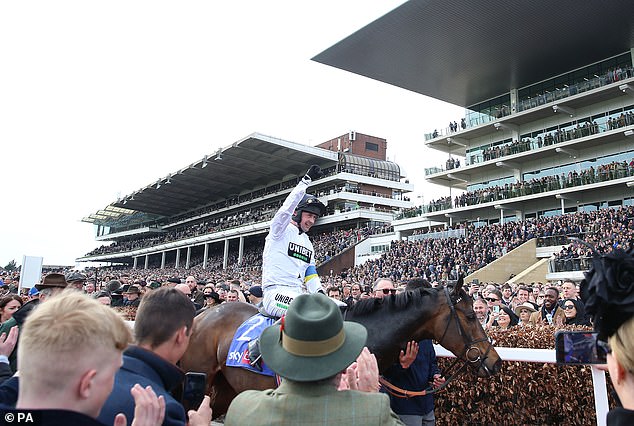 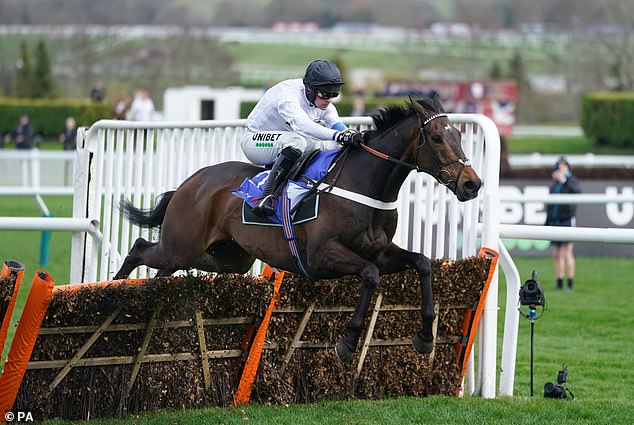 There was little between the duo going to two out – but Constitution Hill (9-4 joint-favourite) was going the better and soon took the lead.

No other horse got into the race, with Kilcruit staying on to take minor honours another two and a half lengths away, as Henderson won the Supreme for a fifth time.

De Boinville said: ‘I knew it was going to be fast and furious and in fairness he did it like a piece of work. I was so happy going to the last. He could be anything, I’m sure he’d jump a fence as well. He’s got so much scope.

‘I didn’t really have a choice (to go for home when he did), he was travelling so well. They’ve gone a really hard gallop and he’s just picked the bridle up. I’m delighted for his owner Michael Buckley, he’ll be ecstatic.

‘What a way to start the week, what a legend.’ 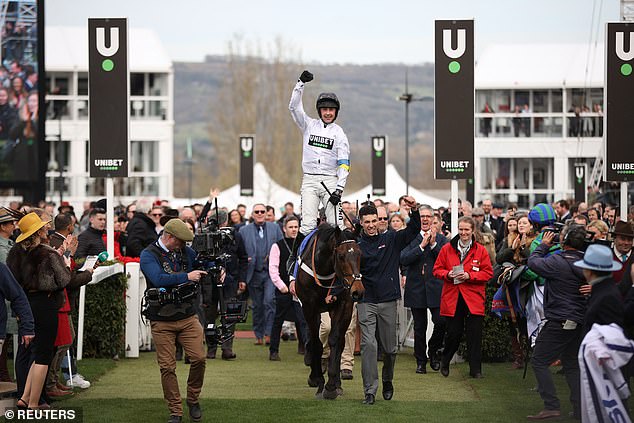