Charlie Appleby topped a dream season in which he will be crowned Britain’s champion trainer for the first time by landing the $2 million Breeders’ Cup Mile with Space Blues and $4m Turf with Yibir at Del Mar in California on Saturday night.

The pair made it a treble at the meeting for the Godolphin trainer who had won the Juvenile Turf with Modern Games 24 hours earlier.

All three winners were ridden by William Buick, who came from near last to first to win on Yibir, who beat Aidan O’Brien’s Broome with Roger Varian’s Teona third. 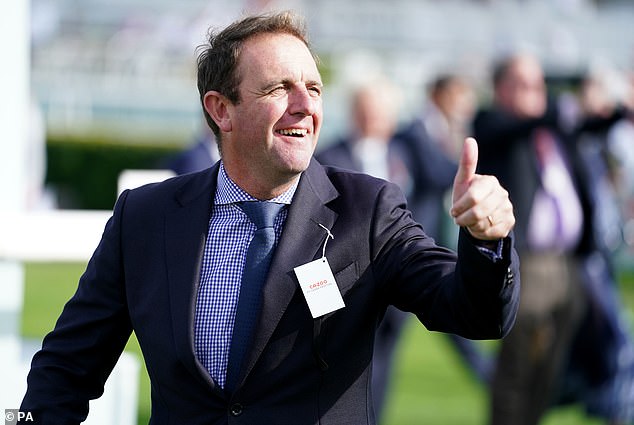 Appleby’s victories with Space Blues and Modern Games were forged to a bizarre back-drop.

Modern Games’ win came after stablemate Albahr had to be withdrawn when getting upset in the stalls — a scratching which caused chaos in the betting — and Space Blues lifted his prize after his stablemate Master of The Seas was a late scratching after rearing in the stalls and banging is head.

The Mile itself was drama-free as Space Blues, who had won the Group One Prix de la Foret at the Arc meeting at Longchamp on his previous start, quickened to pick off Smooth Like Strait.

Appleby said: ‘We have had a couple of interesting races to watch in the last 24 hours but it was a fantastic ride by William. It’s the horse’s last run and he will go to stud now.’ 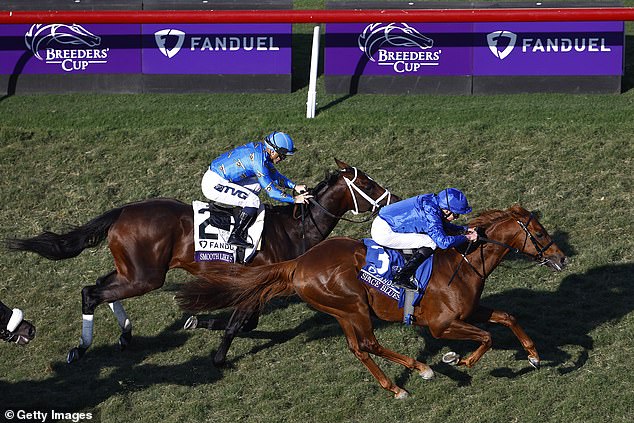 Buick added: ‘He is one of my favourite horses. I wanted to do him justice and go out on a win.’

Appleby, whose wins in Britain this season have included the English and Irish Derbys, King George and St Leger, has a formidable Breeders’ Cup record.

He has only had 10 runners but six of them have won. 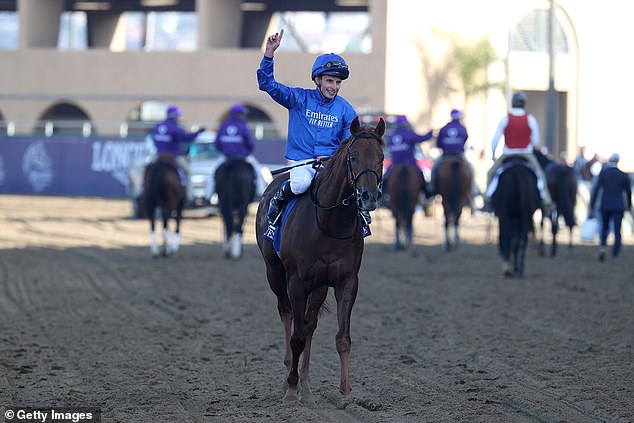 There was no joy for Aidan O’Brien’s Love (fourth) and James Fanshawe’s unlucky-in-running defending champion Audarya (fifth) in the Filly & Mare Turf, a race won by Loves Only You, the first ever Japanese winner at the Breeders’ Cup, representing trainer Yoshito Yahagi and jockey Yuga Kawada.

Having broken their duck, Japan made it two wins when Yahagi-trained Marche Lorraine won the Distaff under three-time British champion jockey Oisin Murphy.

US trainer Wesley Ward hailed speedball Golden Pal as the best horse he has trained after he made all in the Turf Sprint. The colt owned by Ireland’s Coolmore Stud partners will be targeted at the King’s Stand Stakes at Royal Ascot next season.