‘I don’t crave accolades or fanfare’: Brian Hughes is happy to shun the limelight as he closes in on his second jump jockey’s championship… with the Northern Irishman set to receive a guard of honour at Sandown

Brian Hughes says his instinct is to run away from the limelight but the man who has turned this season’s jump jockeys’ championship into a procession finally gets his chance to be centre stage at Sandown.

When the 36-year-old from County Armagh won his first title, the 2019-20 season was brought to a premature end because of Covid and Hughes received his championship trophy in his back garden from Grand National- winning-jockey-turned-TV-pundit Mick Fitzgerald, with only wife Luci and children Rory, four, and Olivia, three, in attendance.

On Saturday afternoon, when Hughes walks through the traditional guard of honour of his fellow jockeys to receive acclaim for his outstanding campaign it will be in front of 12,000 spectators including two of his sisters who have flown in from Australia and Canada. 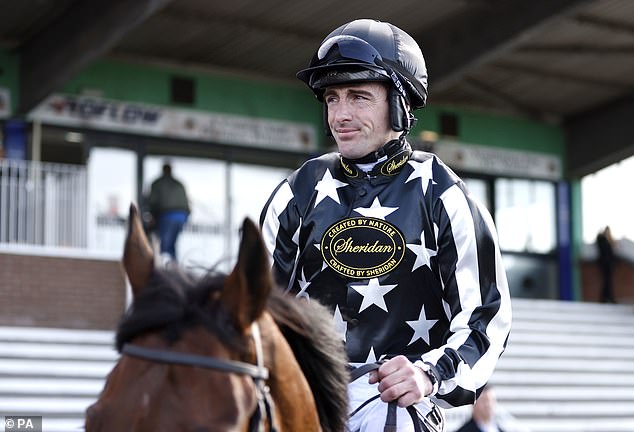 What they will be celebrating is not just a champion. Hughes has also become only the fourth rider to bag 200 wins in a jumps season, joining Richard Johnson, Sir Anthony McCoy and Peter Scudamore.

After a treble on Into Overdrive, Minella Trump and Parisencore at Perth yesterday, Hughes has 204 wins and goes into the final day of the season with a lead of 99 over second-placed Sam Twiston-Davies. Most of those victories have been ground out at small tracks in the north of Britain, with Hughes not having a mount at the Cheltenham Festival or a ride in the Grand National.

Motivating Hughes to drive an estimated 80,000 miles — ‘I detest driving,’ he says — has been the frustration and pain of losing his title to Harry Skelton last year after leading until the final weeks of the season.

Looking forward to the season-ending fanfare, Hughes said: ‘My wife, my kids and my family will get a great kick out of it. I will do too but that is not what the whole thing has been for. I don’t crave accolades or fanfare. 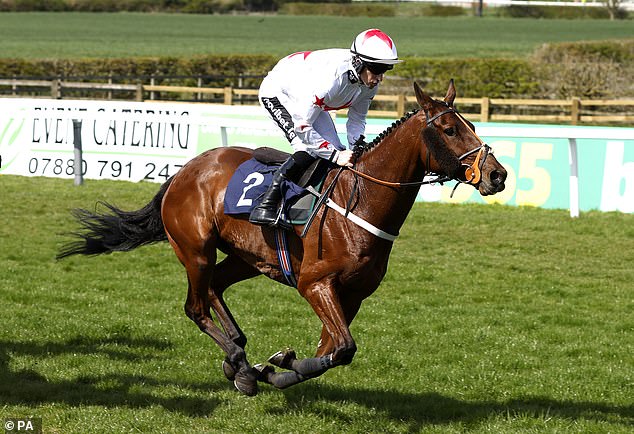 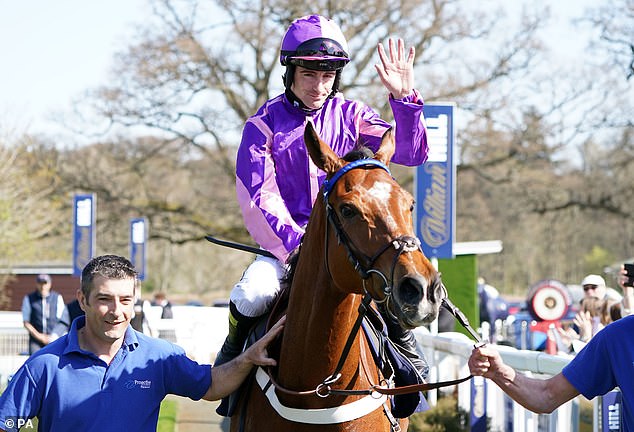 He is on the verge of wrapping up his second title, but Hughes says he isn’t fazed by ‘fanfare’

‘I prefer to be on the outside looking in rather than being the centre of attention. When you set out as a jockey, you want to be a champion and that has always been my goal.

‘School wasn’t my priority and I preferred to be riding so racing gave me some direction in my life — I’ve put my head down as that was the only thing I wanted to do. I had to make it work as I’m not qualified to do anything else.

‘Nobody likes to fail and last season I felt I had failed which was a horrible feeling. I got my head down this year and didn’t want that to happen again.’

Hughes has five rides on Saturday, including Domaine De L’Isle in the bet365 Gold Cup. If he has another winner, it would be appropriate if it was on Red Vision (1.50) or Presentandcounting (4.40). Both are trained by Donald McCain, who has supplied the jockey with 105 of his victories in his own most successful season.