Trainer George Boughey has high hopes for Cachet in next month’s 1,000 Guineas after impressive warm-up win at Newmarket

Trainer George Boughey is hoping Cachet’s proven ability to produce her best at Newmarket gives her a chance in next month’s 1,000 Guineas, after a decisive win in the Nell Gwyn Stakes.

Cachet was edging away with every stride as she beat Almohandesah two-and-a-half lengths in the hands of William Buick. She was cut to 16-1 for the Classic on May 1.

Cachet ran well in defeat last year and her win boosted the form of John Gosden-trained 1,000 Guineas favourite Inspiral, who had Cachet back in third when winning the Group One Fillies’ Mile. 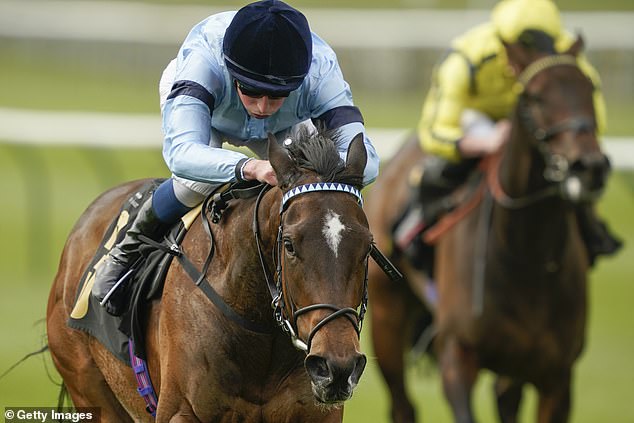 He said: ‘I kept saying at the back end of last year that she was slightly weak. She did incredibly well over the winter. She loves the track.’

Appleby and Buick have a big day ahead as 2,000 Guineas favourite Native Trail makes his seasonal comeback in the Craven Stakes.

Meanwhile, Major Charlie O’Shea, who was airlifted to hospital after a fall at Wincanton on Sunday, has been taken off a ventilator and it is hoped he will leave intensive care in the next few days.