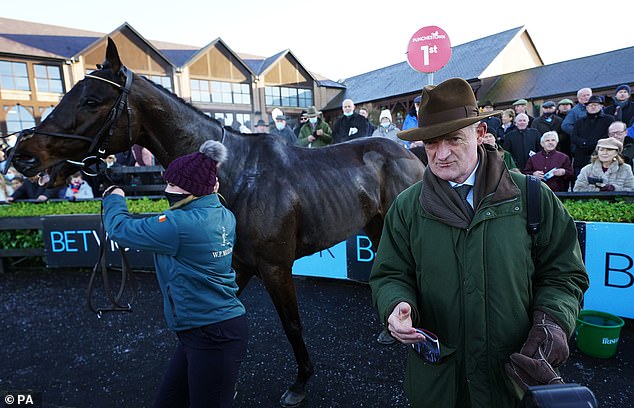 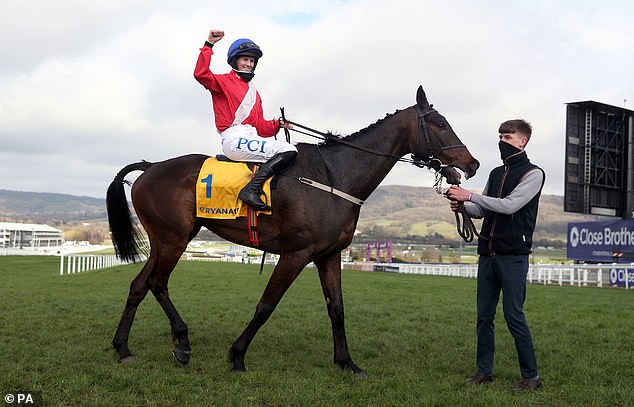 Ridden by the trainer’s son Patrick, the well-backed 7-2 chance had a high-class field, including Envoi Allen, in trouble at the midway stage where stablemate Asterion Forlonge emerged as chief danger until blundering at the third last fence.

Although Allaho was far from fluent over the remaining fences, he held on to repel the gutsy Janidil.

Mullins said: ‘I was delighted how he fought back. When Asterion Forlonge came up alongside him I thought that would take the stuffing out of him. Each challenger that came, he kept pulling it out.’

Energumene was arguably even more impressive a few minutes later when bolting up in the Grade Two Hilly Way Chase at Cork. 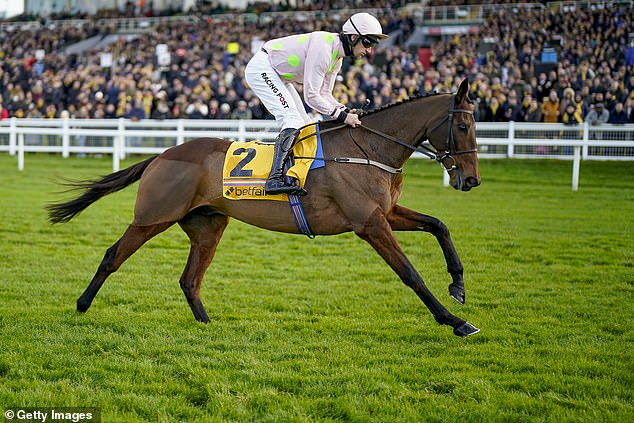 Unbeaten in four starts during a sparkling novice campaign over fences, Energumene was sent off the odds-on favourite to make a winning return to action under Sean O’Keeffe and scored by eight lengths in facile fashion, earning quotes as low as 3-1 for the Champion Chase.

The five-fold was completed by Ferny Hollow, Concertista and Dysart Dynamo.

However, it wasn’t all plain sailing for Mullins as last season’s top bumper recruit Kilcruit was surprisingly turned over at odds of 1-14 on his hurdling bow by the Henry de Bromhead-trained Largy Debut.