‘They wanted to send me to a supermarket!’: Alice Haynes is riding high after sticking to her guns and ignoring career advice at school… now the former jockey-come-trainer will have three notable runners at Royal Ascot

Alice Haynes stuck to her guns when her school’s careers advisor tried to send her to a supermarket to stack shelves for work experience, and she insisted she wanted to work with horses.

Her first three runners at Royal Ascot this week – Remarkable Force (Coventry Stakes on Tuesday), Lady Bullet (Albany Stakes, Friday) and Josies Kid (Palace of Holyroodhouse handicap, Friday) – less than 18 months after she started as a trainer are an indication of the steely determination that runs through Haynes.

‘They wanted to send me to a supermarket. They thought that you were never going to make a career out of horses,’ said Ascot-born Haynes, who celebrated her 31st birthday on Saturday. 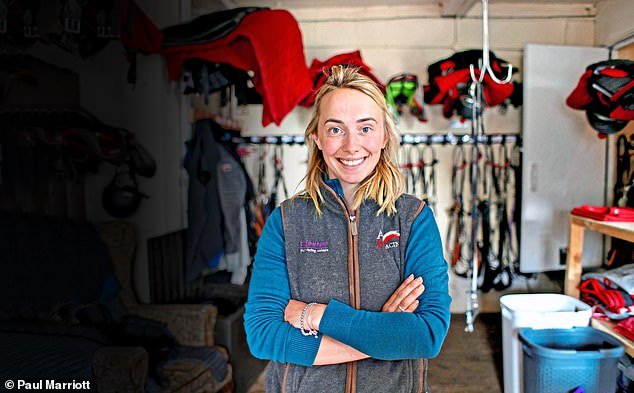 Despite taking the plunge in the pandemic, trainer Alice Haynes has proved a success story

‘I wanted to go into racing and be a jockey. I had my mind set and that is what I am, a strong-minded individual. If I set my sights on a target I try my best to get it. In the end it wasn’t much of a fight. I just said I was not going.

‘I did Pony Club but was not from a racing background, So I wrote a letter to Henrietta Knight. She wrote back and I went down there for my work experience, then school holidays and after I left school.’

Knight was the trainer of the three-time Cheltenham Gold Cup-winner Best Mate, who was coming to the end of his career when Haynes first arrived at he yard. ‘It was great,’ she said. ‘I was 16 years old schooling horses upside AP McCoy. I can even remember the horse — Cruising River — going down the line of fences. You think you’ve made it! I hadn’t, of course. But you learn so much.’

Haynes continued to build her knowledge by working for trainers Mick Channon and David Simcock, with a brief stint in Australia before she set up her own pre-training operation, breaking-in young horses before they are sent to yards.

Haynes also rode 11 winners as a jockey, but she was determined to train in her own name. She got her licence on February 1 last year, starting with 12 horses at the Cadland Cottage Stables at the base of Newmarket’s famous Warren Hill gallops. 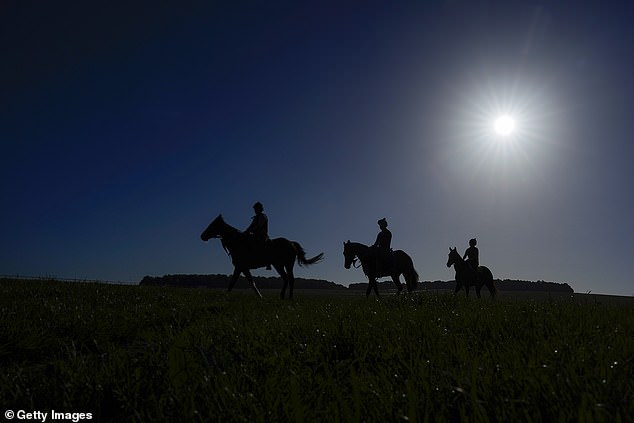 Despite taking the plunge when the Covid-19 pandemic was causing economic turmoil, Haynes has already proved a success story.

Her 10th runner – Act of Magic at Wolverhampton on March 12 last year — was her first winner. Nineteen more followed last season and Haynes already has 25 winners this year.

She now has 40 horses – 25 of them two-year-olds – and an expanding list of owners, including the Amo Racing operation of football agent Kia Joorabchian, who owns the unbeaten Remarkable Force, who cost £147,000.

‘What I like about Remarkable Force is that he had to have a battle in his second race at Musselburgh. He will have learned a lot,’ Haynes said.’

Lady Bullet, another of Haynes’s Ascot runners, ‘is exciting and very laid back’. Haynes said: ‘It’s unbelievable having two unbeaten two-year-olds going into Royal Ascot. You have to pinch yourself.

‘People think because you are from Ascot you have a silver spoon in your mouth. I don’t. Everything we have in the yard, me and everyone on the team has worked for. It hasn’t been given on a plate.

‘There was no big money backer. When I pre-trained. I saved quite a bit of money but it has all gone into this. You take nothing for granted. You have to make the most of what you have got and keep climbing.’