Drying conditions at Kempton will come as a surprise to many in today’s Close Brothers Handicap Chase, but SOUTHFIELD STONE (Kempton, 3.35) should be in his element.

It seems an age since ‘good’ appeared in a going description for national hunt racing and this afternoon’s conditions could well play to the strengths of the selection, who appears to need a sounder surface to deliver his best form.

Southfield Stone has raced seven times on good ground or faster, winning five of those starts and finishing second on the other two occasions, while his record tackling right-handed tracks also reads well with form figures of 311132122121. 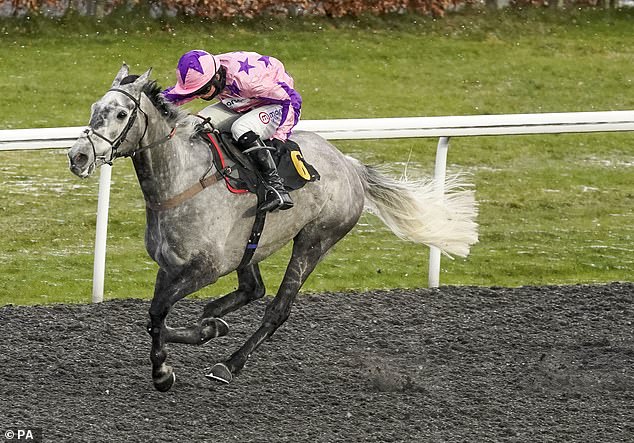 Two outings over obstacles at Kempton, coincidentally at the last two renewals of this meeting, have produced a victory in the Grade Two Dovecote Novices’ Hurdle and a gallant second to Who Dares Wins in the Pendil Novices’ Chase, when he displayed his propensity for drifting left at his fences.

For a horse with such an excellent record of racing right-handed, it is an odd characteristic, as most evidence would suggest the trait would hinder rather than help Southfield Stone’s cause. Harry Cobden will be fully aware of the eight-year-old’s run style and the duo may give it a good go from the front.

Admittedly, the selection’s stamina at three miles is yet to be proven, but his dam won a bumper over two-and-a-half miles and was closely related to Hennessy Gold Cup winner Chatham, so there are reasons for optimism.

Lingfield stage their Winter Derby card with a small but select field for the feature race. 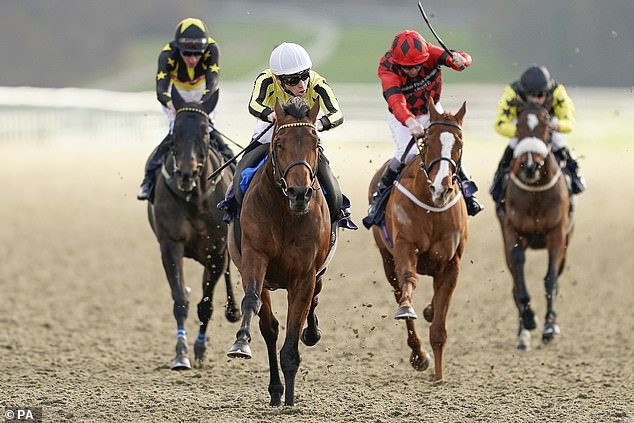 Father of Jazz (second from the left) will face a tough opponent in Felix in the 2.40 at Lingfield

It looks difficult to separate Felix and Father of Jazz (Lingfield, 2.40), with narrow preference for the latter, despite the cramped price, as he displayed a sharp turn of foot to win a course and distance handicap last time and looks to be progressing at a rapid rate of knots.

Earlier on the card, there looks a case to be made for supporting Kendergarten Kop (Lingfield, nap, 11.45) in the opener.

The six-year-old posted a smashing effort at Kempton over a mile during the week and won at Lingfield before Christmas when swiftly returned to the track following a promising run.